Life and Death: Comparing the Relative Safety of Abortion and Childbirth

Life and Death: Comparing the Relative Safety of Abortion and Childbirth

Earlier this week a new study was released on abortion safety. The Reuters Health headline reads: "Abortion safer than giving birth." According to the study, one woman dies in childbirth for every 11,000 births in the United States, while one woman dies from abortion for every 167,000 abortions. These numbers led the researchers to declare that a woman is 14 times more likely to die giving birth than she is to die during an abortion.

The second thing to note is the sources of the datasets used in this study. While accurate birth data is available from the federal government, accurate abortion data is not. As such, abortion data must be obtained from the Guttmacher Institute, a research group founded by Planned Parenthood and named after their former president, Alan Guttmacher. The Guttmacher Institute openly advocates abortion and seeks to normalize its use around the world. Speaking to this issue, Dr. Donna Harrison, director of research and public policy at the American Association of Pro-Life Obstetricians and Gynecologists, says, "Abortion mortality is not systematically collected. What Dr. Grimes' paper most clearly illustrates is the immediate need for reporting requirements for abortion deaths in all 50 states."

The third thing to recognize is that the study's authors, Dr. Elizabeth Raymond and Dr. David Grimes are both abortion advocates. The express purpose of their study was to demonstrate that abortion is "dramatically safer than continuing the pregnancy." Dr Raymond works for the Gynuity Health Projects, a group seeking to expand reproductive health technologies (abortion) worldwide, and Dr Grimes makes no secret of his contempt for state-mandated efforts to dissuade women from having an abortion. They had a clear, ideological agenda going in, and their abortion-related data came from an organization that shares their agenda.

Finally, we must remember that in the scope of abortion-related health risks, there is much more to consider than mortality rates. The two most serious health risks to be tied to abortion are not even considered by studies like these. They are rejected out of hand. But if abortion increases a woman's likelihood of contracting breast cancer and/or experiencing extreme mental trauma, then the safety scale shifts considerably. Dr. Joel Brind suggests that legal abortion has accounted for roughly 300,000 cancer-related deaths in the United States, and many have suggested that the female suicide epidemic in China may easily be tied to their forced abortion policy. 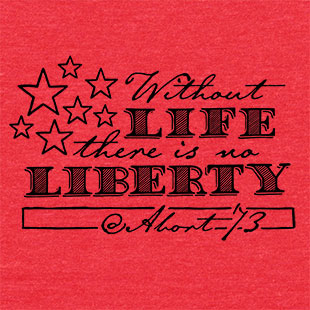