One of the great challenges in evaluating the effectiveness of pro-life engagement is reporting lag. At any given time, the most current, federal abortion data is three or four years old. Imagine if businesses had to wait that long to find out if their marketing initiatives were succeeding. Imagine not knowing for four years whether or not your business model was falling flat on its face! That would be a thoroughly unworkable situation, and yet that's exactly where abortion opponents find themselves. The abortion industry has immediate, insider access to the ebb and flow of abortion. We do not. But while the abortion industry has the money, the data, the media and the President, we have the rectitude—which is no small thing.

A couple years ago, I realized that this maddening data delay can be partially mitigated by cutting out the middlemen, so to speak. Whereas the Centers for Disease Control and the Guttmacher Institute seem to sit on abortion data for a few years, most state health departments make it available in a much more timely manner. And they also break it out by county—which is plenty useful in its own right. The blog post that resulted from that discovery, "Tracking Abortion in America’s Largest Cities," analyzed data that wouldn't be federally available until earlier this year and helped demonstrate the urban-centricity of abortion. Not only do abortion rates vary widely from state to state, they vary just as widely from metro to non-metro. The bigger the city, the bigger the abortion problem

Currently, Abort73 is in the early stages of a complete website overhaul. It may be some months before the new site debuts, but the end result should be fairly remarkable—a vast improvement over the current offering. One of the improvements will be anchored on more focused and expanded access to local, state-level data—which is what brought me back to the subject this week. How has abortion been trending these last two years? Are we gaining ground? Losing ground? Or just treading water? Let's find out...

One point two-one million (1,210,000). That's the number of U.S. abortions reported by the Guttmacher Institute for 2008—the most recent year for which they provide data. Based on the recent state-level research I've done, I estimate that approximately 1,057,000 abortions were performed in 2011. That's a reduction of almost 13% from 2008. By the same estimations, there were roughly 1,159,000 abortions in 2009 and 1,126,000 abortions in 2010. I arrived at these tallies by analyzing the abortion totals for every state that makes such data available and then applying the percent change to Guttmacher's overall total for 2008. To date, 35 states have published abortion and birth data for 2011; 40 have done so for 2010, and 42 have done so for 2009. Unfortunately, one of the states that hasn't published abortion data for more than a decade is California—where almost a quarter of all U.S. abortions occur. But so long as abortion is trending roughly the same in California as it is throughout the rest of the country, my tabulations should be fairly accurate. You can see the entire dataset here.

While we can and should celebrate the reduction in total abortions over the last few years, it must be noted that total births also fell for the period, by almost 7%. As such, the abortion to birth ratio (which is a more meaningful metric) only fell by 6.4% between 2008 and 2011. Here's a closer look at the numbers for the ten states with the highest-populations:

Earlier this year, Forbes identified America's ten fastest growing metro areas and America's ten slowest growing (or contracting) metro areas. Implicit in the accompanying story is the understanding that population growth is healthy; stagnation or contraction is not. As such, their lists could just have easily been labeled "America's 10 Healthiest Cities" and "America's 10 Sickliest Cities." The results are below, along with the most recent abortion data for each city—which I added:

On average, the ten fastest growing metro areas abort 19.5% of their children. The ten slowest growing metro areas abort 25.9%. Likewise, there was an average of 5.00 births per abortion for the states where the fastest growing cities dwell. The average was 4.75 births per abortion for the states where the slowest growing cities dwell. The correlation between higher abortion rates and slower growth introduces a chicken and egg type question. Are these cities becoming so decimated because there are so many abortions? Or, are there so many abortions because these cities have become so decimated? Both. Abortion is an expression of pessimism that becomes a self-fulfilling prophecy. Mothers abort their children because they fear their future. By aborting their children, they make the future a more fearful place. The Forbes article notes the following:

Virtually all the top 10 metro areas, both last year and since 2000, have also ranked among the fastest growing in terms of the population under 15; Raleigh’s child population alone has expanded by almost 45% since 2000, compared to 2% nationally;  Austin’s toddler population surged a remarkable, 38%. The child populations of Houston, Dallas-Fort Worth, Atlanta, Phoenix, Las Vegas and Orlando all  increased by 20% or more.

In contrast, none of the hip cities posted under 15 population growth better than 5%. The number of children has actually declined in many, including New York, Los Angeles, Boston, San Francisco and Chicago. Even with substantial influxes from abroad, particularly in New York, it’s difficult for these areas to sustain population increases when the number of children keeps dropping.

The problem may be even more intense in Los Angeles and Chicago, whose economies continue to lag further behind...

Without question, America faces a serious population problem—though it is precisely opposite to what most pundits would have you believe. It has nothing to do with unsustainable population growth and everything to do with unsustainable population decline. As noted in the World Population Data Sheet for 2012, the U.S birth rate is now "well below the replacement level" and is "edging closer to [fertility rates] in Europe," where "low birth rates" and "labor shortages" pose huge challenges. Demographers have been raising red flags for a while now, but no one seems to be listening—perhaps because overpopulation has so long been a Trojan Horse of big abortion.

For anyone who supports the legal availability of abortion-on-demand, these recent numbers should give you pause to think. Ask yourself: Do high abortion rates indicate a healthy or unhealthy society? Does a shrinking population bode well or ill for the future? Is population growth, stagnation, or decline the most to be desired? Finally, how did you react to the news that total abortions have fallen by almost 13% in a four-year span? Did that strike you as good news or bad news? If it struck you as good news, which I assume it did, the question then becomes, "Why?!" If there is nothing wrong with abortion… if it is a perfectly normal and natural "choice" for a woman to make, why would you react positively to the news that its frequency is declining. Why would you care if the overall abortion rate went up or down? If you do care, it may be indication that you're not as comfortable with abortion as you'd like to believe. And it may be indication that you need to rethink your entire position. 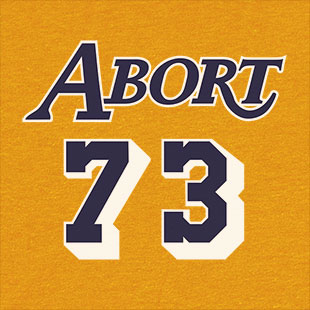 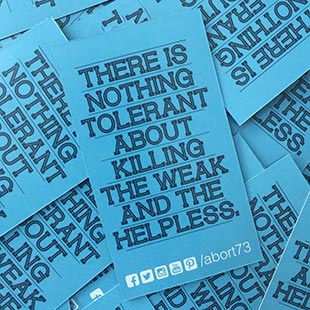