Abortion is an act of violence against an innocent human being. 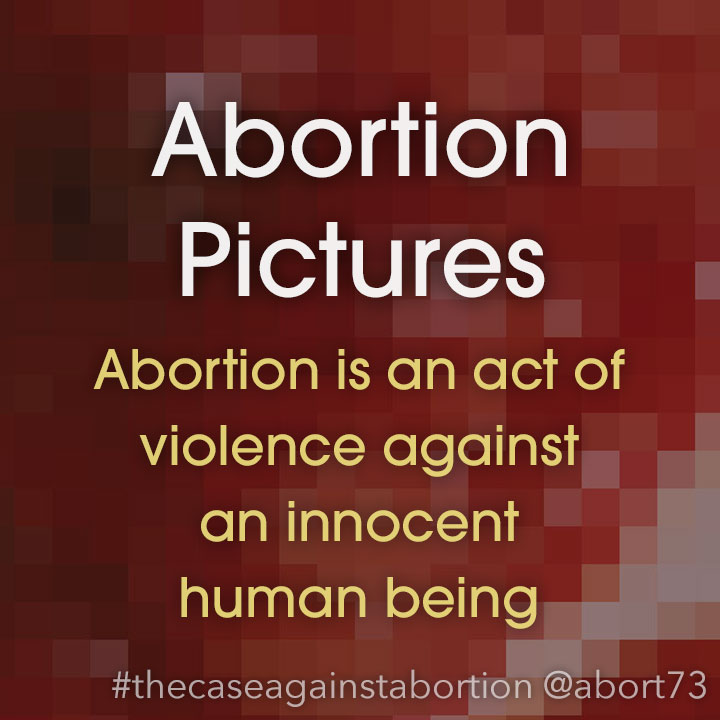 There is simply no way to accurately comprehend the barbarity of abortion without being exposed to the photographic evidence which so clearly demonstrates that abortion is a brutal act of violence.

Some people argue that abortion is an act of mercy, an expression of love towards a child who would otherwise be forced to endure a life of hardship. But is abortion an act of mercy? Or is it a brutal act of violence? Let's consider the photographic evidence.

Though pictures of aborted embryos and fetuses are shocking, they are no more shocking than the act of abortion itself. Until you see what abortion does, it is difficult to grasp how violent abortion is. Pictures take the mask off, just as they have for other injustices in modern history. Referring to the horrific lynching of 14-year-old Emmett Till and the subsequent photos published in a 1955 issue of Jet magazine, Reverend Al Sharpton remarks:

People can sort of deal with things they don't have to look at, but it's hard to view a corpse and turn your head... And that's why generations unborn owe [Emmett's mom] a lot, because she was able to graphically bring home what a thousand speeches couldn't bring home... The easiest thing would have been to say, "No, close the casket, I can't bear it." But she somehow found the strength to say, "I'll bear my pain, to save some other mother from having to go through this."  And because she put the picture of this young man's body on the conscience of America, she might have saved thousands of young black men and young black women's lives.2

Copyright © The Center for Bio-Ethical Reform. All rights reserved. www.AbortionNO.org
Abort73 does not support or condone violence against abortion providers nor associate with groups that do.

The decision to unseal Emmett's  coffin was not an easy or pleasant one. Neither was holding an open-casket funeral and allowing the pictures of her mutilated son to be shown to an entire nation and world. Those photographs, however, helped create an entire generation of young activists who could no longer remain apathetic towards America's racial problem.

The photographs on this page are equally unpleasant, but as Reverend Sharpton points out, "People can sort of deal with things they don't have to look at." Day after day, thousands of tiny human beings are quietly destroyed behind sterile clinic doors. Abortion pictures graphically bring home what a thousand speeches can't. Naomi Wolf, one of the most celebrated feminists of the modern era, questions anyone who is willing to support abortion without also having the stomach to face its violent reality. She says it this way:

How can we charge that it is vile and repulsive for pro-lifers to brandish vile and repulsive images if the images are real? To insist that the truth is in poor taste is the very height of hypocrisy. Besides, if these images are often the facts of the matter, and if we then claim that it is offensive for pro-choice women to be confronted by them, then we are making the judgment that women are too inherently weak to face a truth about which they have to make a grave decision. This view of women is unworthy of feminism.3

Naomi Wolfe notwithstanding, abortion-rights advocates often complain that the abortion pictures in circulation today do not accurately reflect most abortion procedures. This assertion is true but misleading. Well over half of the abortions performed in the United States occur prior to seven weeks (9 weeks LMP4). The reason you so rarely see abortion pictures prior to seven weeks is because embryos who are killed before this point are so small, and the violence is so intense, that they are destroyed beyond recognition. Their bodies are completely obliterated. This does not mean the procedure is more benign than it would have been later in pregnancy; it just means the destruction is so thorough that there is nothing left to take a picture of.

Of course, even when the early embryo is still whole, few cameras have the ability to get a good picture. The National Abortion Federation (NAF) reports that the embryo is so small at first heartbeat (21 days postconception) that it "predates the ability to image it."5 The NAF goes on to say that the "absence of cardiac activity in an embryo measuring greater then 3.5 mm in its longest axis had 100% positive predictive value for embryonic demise."6 These are incredibly small human beings we are talking about, but their diminutive size is not for a lack of complex development. The heart starts beating after three weeks, followed by the appearance of the hands, feet, eyes, and nose in week four. The embryo doubles in size during week five, but still only measures 10 millimeters. When these tiny bodies meet the overwhelming force of suction curettage, it is no wonder that nothing is recognizable when the cannula is emptied—which is why abortion pictures of older embryos and fetuses are so important. The violence from one procedure to the next is the same. It is only because we can better recognize the "products of conception" in later abortions that they seem so much more shocking. Do not be fooled. The violence of later abortions actually does comparatively less bodily harm to the fetus than an earlier abortion does to the embryo. And if you still maintain there is a moral difference between an earlier abortion and a later abortion, consider the fact the abortion industry makes no such distinction. The NAF trains their abortionists to not raise moral objections, no matter when or why the abortion is performed.

When the late Dr. Richard Selzer penned his landmark Esquire essay, “What I Saw at the Abortion,” he was a professor of surgery at Yale University. He described himself as an “enlightened” man with “no overriding religious posture”—one who had never exhibited any squeamishness at the sight of blood, disease, or tumor. And yet this is what he wrote after observing a colleague perform a “routine” 24-week abortion:

In the room we are six: two physicians, two nurses, the patient, and me. The participants are busy, very attentive. I am not at all busy—but I am no less attentive. I want to see.

It is unexpected, utterly unexpected, like a disturbance in the earth, a tumultuous jarring. I see something other than what I expected here. I see a movement—a small one. But I have seen it. And then I see it again. And now I see that it is the hub of the needle in the woman’s belly that has jerked. First to one side. Then to the other side. Once more it wobbles, is tugged, like a fishing lined nibbled by a sunfish.

Again! And I know!

A reflex, the doctor says. I hear him. But I saw something. I saw something in that mass of cells understand that it must bob and butt. And I see it again! I have an impulse to shove to the table—it is just a step—seize that needle, pull it out. We are not six, I think. I think we are seven.

Something strangles there. An effort, its effort, binds me to it. I do not shove to the table. I take no little step. It would be madness. Everyone here wants the needle where it is. Six do. No, five do…

I know. We cannot feed the great numbers. There is no more room. I know, I know. It is woman’s right to refuse the risk, to decline the pain of childbirth. And an unwanted child is a very great burden… And yet, there is the flick of that needle. I saw it. I felt—in that room, a pace away, life prodded, life fending off. I saw life avulsed—swept by flood, blackening—then out…

Does this sound like an argument? I hope not. I am not trying to argue. I am only saying I’ve seen. The flick. Whatever else may be said in abortion’s defense, the vision of that other defense will not vanish from my eyes. What I saw I saw as that: a defense, a motion from, an effort away. And it has happened that you cannot reason with me now. For what can language do against the truth of what I saw?7

For those of us not in position to witness an abortion first hand, we must rely upon the pictures of abortion that we can see. Having seen them, what language can we possibly use to justify such brutal violence?

This page was last updated on November 11, 2019. To cite this page in a research paper, visit: "Citing Abort73 as a Source."

Abortion may be immoral, but that doesn't give me the right to tell other people what they can or cannot do.

To learn our response, continue to the next page: The Role of Law 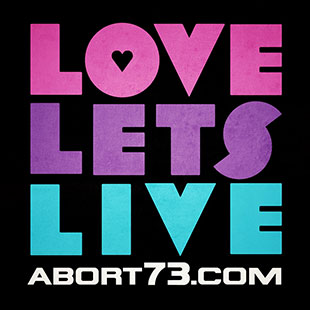