Facts and figures relating to the frequency of abortion in the United States.

Facts and figures relating to the frequency of abortion in Canada.

Facts and figures relating to the frequency of abortion in Great Britain.

Facts and figures relating to the frequency of abortion in Ireland.

Facts and figures relating to the frequency of abortion in Australia.

Facts and figures relating to the frequency of abortion in New Zealand.

Facts and figures relating to the incidence of abortion worldwide.

An overview of federal abortion rulings in the United States.

For almost 50 years, the single decision of seven non-elected men saddled the United States with one of the most liberal abortion policies in the world. It survived decades of legal challenges until the Court finally conceded in 2022 that the Constitution does not guarantee a right to abortion.

An examination of state-level efforts to limit or promote abortion.

Though individual states have retained some narrow, legal outlets for regulating abortion, Roe vs. Wade forbids them from outlawing abortion during the first trimester and binds them to an extremely broad "health" exception during the second and third trimester.

Unless the context is abortion, it is a federal crime to harm an unborn child.

As the law stands today, if a pregnant woman on her way to an abortion clinic (where her child will be legally killed), is assaulted in the street, causing the death of her unborn child, those who assaulted her would be guilty of manslaughter.

The 200-year history of abortion in America goes back well before 1973.

For those who support abortion, there is a tendency to argue that it has always been widely practiced and broadly accepted. Those who oppose abortion, however, generally argue that its permissive and widespread use is a recent phenomena. The truth probably lies somewhere in between.

A look at the methods and perceived morality of abortion in the ancient world.

While the attitudes toward abortion widely varied in the Ancient world, the historical evidence strongly suggests that abortion and infanticide were common practices. Below is a collection of written testimony to ancient views and methods of abortion from ancient Greek and Roman writers. Click on the links to read the quotations in their context.

Be wary when you hear the abortion industry suggesting ways to reduce abortion.

Does Planned Parenthood really have an interest in reducing the number of abortions? Should we take them seriously when they suggest ways to eliminate one of their primary income streams? Birth control cannot replace abortion, and the abortion industry knows that full well.

Can Birth Control Use Cause an Abortion?

Some birth control methods provide a physical barrier to conception without altering a woman's hormones. Others rely on hormones to prevent ovulation and restrict implantation—at least in theory. Whether or not hormonal birth control can cause an abortion is the subject of much debate.

Embryonic stem research cannot take place apart from dead human embryos. Embryonic stem cells cannot be culled without killing the embryo. Whether these tiny human beings are explicitly killed for research purposes or not, the ethics of the matter do not change.

Some of today’s most common vaccines were derived from aborted fetal cells.

The human diploid cells used to create some of the most common vaccines in the world were originally derived from aborted human beings. That creates an ethical dilemma for those who must explain why these fetuses are human enough to provide the human cells necessary for such cultivation, but not human enough to be protected under the law. 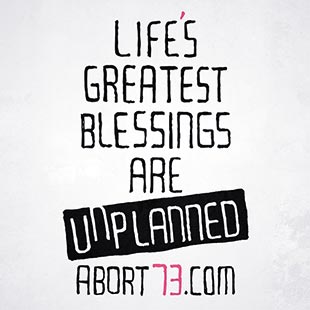