Abort73.com > The Case Against Abortion > Abortion for Profit

Many abortion supporters have a huge financial stake in keeping abortion legal.

Many abortion supporters have a huge financial stake in keeping abortion legal.

Abortion is a lucrative business. Those who defend it the most ardently often have a financial interest in keeping it legal and commonplace. Couple this with the abortion industry's consistent opposition to measures requiring more full patient disclosure, and there is good reason to wonder if they care more about profits than they do about women.

The Alan Guttmacher Institute (AGI), the research arm of Planned Parenthood, estimates that there were 1.21 million abortions performed in the U.S. in the year 2005. Of the 1.21 million annual abortions, approximately 88% (1.06 million) are performed during the first trimester. The other 12% (150,000) are performed during the second and third trimester. In 2005, the average cost of a nonhospital abortion with local anesthesia at 10 weeks of gestation was $413. The Women's Medical Center estimates that a 2nd trimester abortion costs up to $3000 (with the price increasing the further along the pregnancy goes). If we take the $413 average for 1st trimester abortions and use a $3000 average for 2nd and 3rd trimester abortions, here's what we get: $438 million is spent each year on first trimester abortions and $393 million is spent on late term abortions. That means that each year in the U.S., the abortion industry brings in approximately $831 million through their abortion services alone. If you add in the $337 million (or more) that Planned Parenthood (America's largest abortion provider) receives annually in government grants and contracts for, the annual dollar amount moves well past 1 billion.

Abortion, to put it plainly, is a very lucrative business, and this has been true from the beginning. By last count, Planned Parenthood (a tax-exempt organization!) has $951 million in total assets! Marvin Olasky observes and documents in his book, Abortion Rites, that there have long been doctors who supported abortion "if not for principle, at least for principal." Like prostitution (which helped abortionists "flourish and grow rich" during the mid 1800's), abortion offers the opportunity to get rich quick. For all of human history, the "blandishment of wealth" has led many to rationalize career choices that they would never otherwise dream of.

What this means to the abortion debate is that the people and organizations who defend the morality of abortion the most vehemently are generally the very same ones who rake in huge profits from its continued availability. This sets up a significant conflict of interest and should immediately call into question any claims they might make about their desire to reduce the number of abortions. When Planned Parenthood argues that they're working hard to reduce the frequency of abortion, the fact remains that their financial livelihood is built on abortion. Planned Parenthood, then, is just like the big tobacco companies. Does anyone really believe that tobacco companies want people to stop smoking? Does anyone really believe that Planned Parenthood wants people to stop having abortions? Follow the money.

If we assume (for the sake of argument) that Planned Parenthood's primary ambitions are financial instead of ideological, then much of their behavior suddenly makes perfect sense.

Why would they have any scruples about accepting donations for explicitly racist purposes so long as the money keeps coming in? (Video Link)

Why would they prosecute the statutory rapists who are sending them business? (Video One) (Video Two)

Why would they want women to know that there is a potential connection between breast cancer and abortion, if that information might cause them to rethink an abortion? (Planned Parenthood explains why anyone who mentions this potential link is an "anti-choice zealot") (AbortionBreastCancer.com)

Why should they be bothered by the fact that the women they counsel choose abortion over adoption at a rate of 120 to 1? After all, referring women to an adoption agency earns them $0. Getting them to abort brings in an average of $413! (Planned Parenthood's Annual Report - data on page 4)

Those who defend abortion, arguing that it is good and necessary for a healthy society, are defending an institution which is making them very wealthy. On the flip side, those who argue that abortion is an act of violence against an innocent human being, do so at great financial cost. There is no pay-off on the "pro-life" side. All the efforts to educate people about the reality of abortion consume large amounts of money, and there is no billion dollar product to refill the coffer. Think about it. Those who support abortion the most are growing rich off its continued availability while those who oppose abortion the most are losing money for their efforts. Who, then, is more likely to be honest and forthright about the issue at hand? Who is more likely to be motivated by principle and who is more likely to be motivated by profit?

This page was last updated on September 03, 2010. To cite this page in a research paper, visit: "Citing Abort73 as a Source."

Continue to the next page: Post-Abortion Syndrome 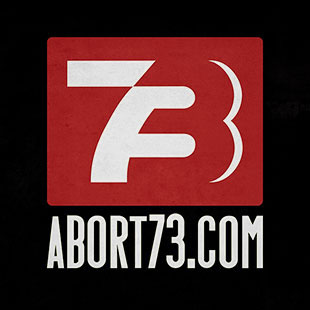