Some Christians (and many non-Christians) argue that Jesus would never do anything so "unloving" as to show someone a bloody picture of an aborted child. Non-Christians base their claim on a caricature of Jesus which has no resemblance to the Christ of the Bible. A loving Jesus, in their minds, accepts all behaviors, affirms all beliefs, and never makes anyone feel bad. Those with a better grasp of the Bible might argue that Jesus would simply take a different approach. He wouldn't use pictures because they're unnecessarily off-putting. Instead, He would work to create a rational dialogue about abortion that would lead into the gospel. Finally, there is another group that might argue that, since there is no record of Jesus confronting the social evils of His day, it is unlikely He would even "get sidetracked" on the topic of abortion today. He would stay focused on the gospel, leaving the wretched practices of a pagan nation to be reformed through salvation.

Before going any further, we must establish the fact that showing abortion images, either in public or in private, can be done with a heart of love or with a heart of condemnation. The act itself is neutral, the heart determines whether the act is righteous or wretched. It is one thing to stand outside an abortion clinic behind an image of an aborted child yelling, "Go to hell, you baby-killers". It is another thing to stand outside that same clinic with the same poster, having a heart of love that is profoundly grieved over abortion and is desperately longing to spare someone from its agony.

The next reality that must be noted is this. Abortion pictures are some of the single most effective tools in convincing a woman not to have an abortion. Is it love to spare a pregnant woman the discomfort of seeing these pictures, when these pictures may be the most effective way to prevent her abortion? Love is kind, but it will risk offence in service of the greater good.

Returning to the question of what Jesus would do, there are a couple things to consider. First, Jesus confronted people with their sin. With the self-righteous, He was abrasive and combative (Luke 11:39). With the humble, he was patient and gentle (John 4:17,18). In both scenarios He faced people with their sin, knowing that until someone recognizes their own guilt, they will see no need for repentance. This is applicable to our question because one of the biggest concerns people have about showing abortion pictures is the impact these pictures will have on women who have already had an abortion. Jesus' pattern is that it is more loving to confront people in their sin, than to allow them the temporary bliss of ignorance.

The second point to consider is that the cross itself was a bloody, public image of incredible brutality. Since God is sovereign in all things, Jesus could have been executed quietly and "cleanly" out of the public eye, but this was not His plan. He hung His Son on a cross, in plain view, for all passers by to see, as testimony to the magnitude of the sin for which Christ died. Seeing Christ's torn and battered body was no doubt a sobering and unpleasant thing, but it is sorrow that leads to repentance (2 Cor 7:10). The image of Christ on a cross is a vivid picture of massive suffering inflicted upon an innocent human being for the sins of other people. In a much smaller context, this is the very same thing depicted in abortion images.

As to the very specific complaint that Jesus, Himself, wouldn't show pictures of aborted babies, there is really no way to answer that question for certain. The more important question is this, “What would Jesus have me to do?”. That is what it all comes down to, and that is what we are ultimately answerable for. Would Jesus get married? No. Would Jesus have me get married? Maybe. Does Jesus need to confess His sins? No. Do I need to confess my sins? Yes. Would Jesus heal the sick and give sight to the blind? Yes. Can I heal the sick and give sight to the blind? No. The list could go on, but serves, even in part, to illustrate that we are part of Christ's body. Head and hands and feet and mouth don't all do the same thing. We do different things towards the same end. So long as abortion pictures are shown in love, to prevent abortion on the front end and to restore from abortion on the back end, Christians can, in good conscience, utilize this powerful piece of evidence to help educate people that abortion is an act of violence that kills a baby. 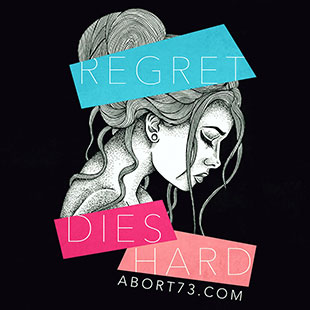