Be wary when you hear the abortion industry suggesting ways to reduce abortion. 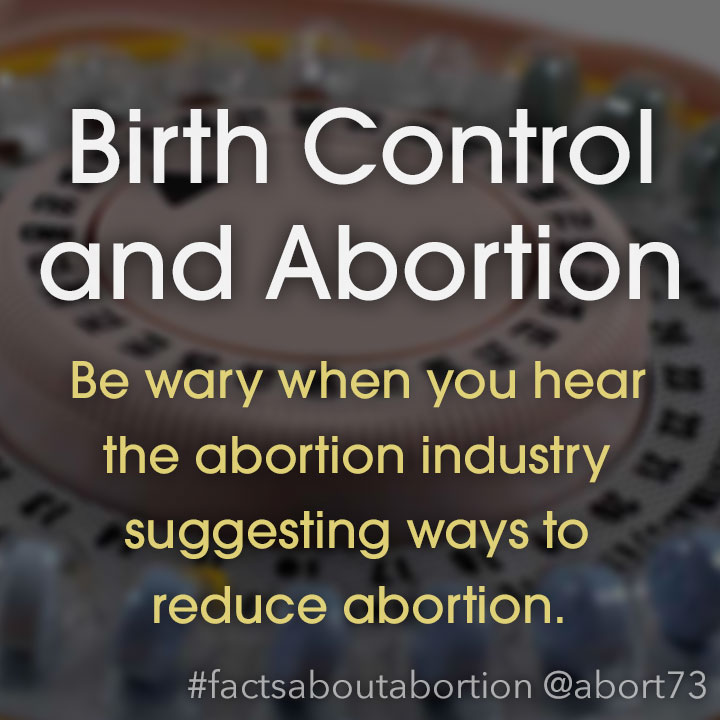 Does Planned Parenthood really have an interest in reducing the number of abortions? Should we take them seriously when they suggest ways to eliminate one of their primary income streams? Birth control cannot replace abortion, and the abortion industry knows that full well.

Planned Parenthood once had a page on its website titled "5 Ways to Prevent Abortion (And One Way That Won't Work)." According to that list, the best way to prevent abortion is to "Make contraception more easily available." That may seem a reasonable suggestion, but remember who's making it. Planned Parenthood performed 345,672 abortions in 2018.1 A first trimester surgical abortion costs up $1,500.2 Second-trimester abortions cost even more. The average cost of a medical abortion is $504.3 If we assume an overall average cost of $1,000 per abortion, that means Planned Parenthood made almost $350 million in abortion revenue in 2018. And that doesn't include the $591 million they received in private donations4—much of which is ideologically tied to abortion.

Planned Parenthood likes to claim that abortion only represents 3% of its operations, but this is a numeric sleight of hand. According to their own published figures, 14% of their clients have an abortion,5 and abortion accounts for at least a third of their health center income. More to the point, of the pregnant women who come to Planned Parenthood for counseling, more than 96% have abortions.6 No more than 1.2% are referred for adoption.7 In light of these numbers, isn't it remarkable that Planned Parenthood thought itself credible enough to publish such a list in the first place?

Abby Johnson spent eight years working for Planned Parenthood. She began as an idealistic college student who honestly believed they were helping reduce the overall frequency of abortion. She resigned as a jaded clinic director—weary of increasing corporate pressure to get her abortion revenue up. In her own words:

“Abby,” I was told pointedly, “nonprofit is a tax status, not a business status.” I was ordered to get my priorities straight—which meant I had to get my revenue up. As the meeting continued, I sat there stunned...

I came away from that meeting with the clear and distinct understanding that I was to get my priorities straight, that abortion was where my priorities needed to be because that was where the revenue was.8

If Planned Parenthood really wanted to prevent abortions they could simply stop selling them, but that would negatively affect their bottom line. Instead, they declare that the best way to reduce our national reliance on abortion is to increase our national reliance on birth control—which happens to be another Planned Parenthood revenue stream. What is the one thing, according to Planned Parenthood, that won't prevent abortion? Making it illegal, based on the vacuous assertion that millions of illegal abortions were already happening each year prior to Roe vs Wade. This would all be laughable if the results were not so tragic.

In a 2010 report examining contraceptive use in the United States over the last 30 years, the Centers for Disease Control (CDC) reaches this conclusion:

Ann Furedi, the chief executive of the largest independent abortion provider in the UK, had this to say about birth control in a 2008 London debate:

We live in a society where we know contraception fails. In the real world, out of women who are using the pill well, about 8 in every 100 will get pregnant in the course of a year.12

The World Health Organization (WHO) adds the following:

This is the dirty little secret of birth control. It only works most of the time. What does that mean on the average university campus? Consider the University of Minnesota. In 2007, the UM Boynton Health Service surveyed 10,000 college students throughout the state. Seventy-two percent indicated they were sexually active during the last year.14 Since there are roughly 52,000 students at the University of Minnesota, and since females represent roughly 57% of American college students,15 that indicates that there are 21,131 sexually active women at the University of Minnesota. According to the CDC report, even if every single one of them is using birth control, 2,536 will get pregnant over the course of a year. And that's just one campus, in one state.

Birth control has created the illusion that you can enter into sexual relationships without consequences. Its use is "virtually universal" among sexually-active women, and yet there are still close to one million abortions per year in the United States. Feminist author and historian Linda Gordon wrote the definitive history of birth control in the United States. Therein, she concedes that birth control cannot replace abortion, but can increase the demand for abortion. She writes:

It is inaccurate to see [abortion and birth control] as alternatives. No method of contraception yet developed can eliminate the need for legal abortion. Indeed, from a historical perspective, contraception at first may have increased the clientele for abortion because it accustoms people to planning reproduction and makes them unlikely to accept loss of control.16

Authors Angela Lanfranchi, Ian Gentles, and Elizabeth Ring-Cassidy point out in their book, Complications, that following the legalization of abortion in the United States, the number of births decreased by 6% while the number of conceptions increased by 30%.17 Why? Because “one effect of legalized abortion was to increase the rate of careless conceptions, [making] it easier for people to have casual sex and to dispense with contraceptives.”18 Based on these numbers, up to one-third of the children aborted in the United States would never have been conceived if abortion had remained against the law.

If the availability of abortion is convincing more singles to be more sexually active, and if 12% of the women using birth control still wind up pregnant, it's no wonder that contraceptives have proved so ineffectual at curbing our national abortion epidemic. Planned Parenthood admits on its website that, "Being continuously abstinent is the only way to be absolutely sure that you won't have an unintended pregnancy or get a sexually transmitted disease (STD)."19 On their chart comparing the effectiveness of different birth control methods, Planned Parenthood estimates that 2-9% of pill users will get pregnant in any given year and 15-24% of condom users will still wind up with an unplanned pregnancy.20

Abby Johnson makes a revealing observation concerning her own birth control history. "There’s an incredible irony," she writes, "in the fact that I had a career in educating women about contraception and yet, for the third time, conceived while using contraceptives."21 If you scoff at the CDC assertion that 12% of the women using birth control still wind up pregnant, consider that even a professional Planned Parenthood sex-educator wound up with three unplanned pregnancies—all while using contraceptives.

More than 85% of U.S. abortions are performed on unmarried women. The way to eliminate these abortions is not by handing out more condoms. It's by giving people a better understanding of what abortion actually is and does and a better understanding of how unreliable birth control can be. Rest assured, if abortion were not so readily available, a lot more singles would think twice about getting into bed together. 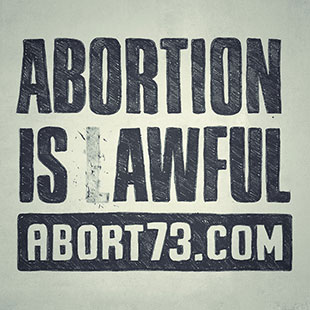