The Tangled Web of IVF and Birth Control 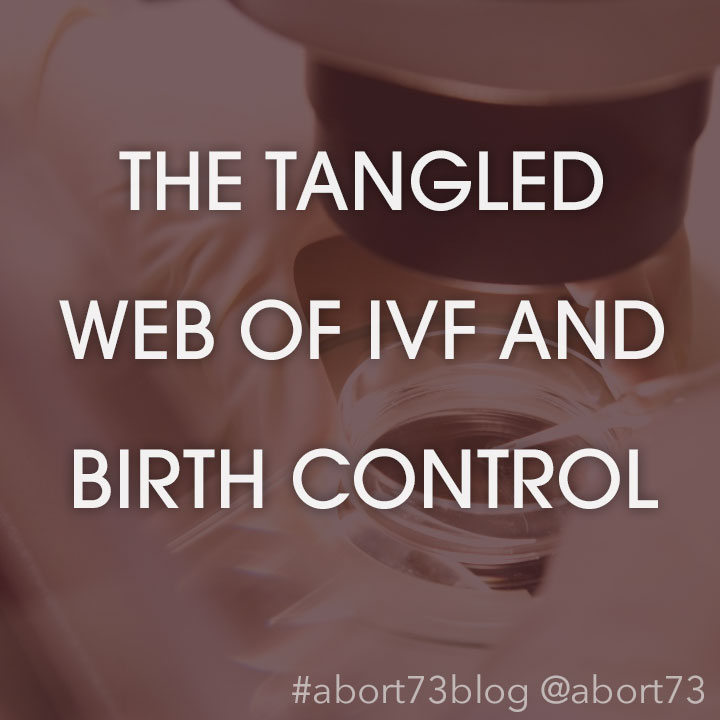 When I first read John Ensor's book, Innocent Blood, last December, I was particularly struck by one of his assertions. He says, "Abortion is the defining experience of this generation." As I read that, I had to ask myself whether he was overstating the case, whether it was fair to elevate abortion to a place of that much cultural significance. Though I'm as sympathetic to his line of reasoning as anyone, I wondered if those not vocationally tied to abortion, or those on the other side of the debate would scoff at such an assertion. Their platform, after all, is largely built on the idea that abortion is no big deal. It's a medical procedure of no moral consequence to be had and forgotten about. And then I read this on page 22 of the National Abortion Federation's (NAF) Management of Unintended and Abnormal Pregnancy:

Induced abortion is arguably the most important human rights and equity issue of our time. (22)

Add that to the NAF statement I referenced earlier, about abortion being as integral to modern life as cars and computers, and you begin to realize that John Ensor did not overstate his case. Those devoted to promoting and protecting legal abortion have elevated its importance over and above all other justice issues. Their assertion is a staggering one if you really think about it. After all, what are the human rights and equity issues getting the most attention today? Sex-trafficking. Slavery. Child soldiery. AIDS. Famine. Unclean water. Is the NAF really suggesting that it is more important for a woman to have access to abortion than it is for her to have access to food or water? Is easy access to abortion really a more pressing need than freedom from sex-trafficking, slavery and disease? According to the NAF it is.

By my thinking, abortion is only comparable to these other human rights abuses if you understand abortion as something people must be protected from, not as something to be protected itself. From the vantage point of those most victimized by abortion, namely unborn children, its threat is even more serious than the threat of sex-trafficking, slavery, soldiery, AIDS, famine or unclean water. It threatens death, and it almost always delivers. The results are irrevocable. But even if you're only looking at things from the vantage point of the woman, how absurd is it to argue that the right to abortion is more important than the right to freedom from slavery, famine or disease? And yet this is what the NAF seems to be advocating.

In this, my final set of observations from Management of Unintended and Abnormal Pregnancy, I want to focus on two abortion-related issues that received significant coverage in the NAF textbook and are plenty controversial in their own right. The first is birth control. The second is in-vitro fertilization (IVF), also known as Assisted Reproductive Technologies (ARTs). In relation to each other, most forms of birth control attempt to artificially prevent conception (or implantation) while IVF attempts to artificially produce conception. In relation to abortion, birth control is touted as the best solution for reducing the number of abortions, and abortion (or fetal reduction procedures) is touted as the best solution for reducing the number of human beings conceived through IVF. Let's begin with birth control by looking at one of the NAF statements on demographics and abortion that I did not include in yesterday's analysis. Speculating as to why women who have aborted in the past are more likely to abort in the future, the NAF writes, "After abortion, women remain at elevated risk of having another abortion because they are sexually active, willing to terminate an unintended pregnancy by abortion, (and) have difficulty using contraceptive methods effectively…" (27) The universal solution to abortion, according to almost all abortion-rights advocates is contraception. You hear it over and over. The NAF pounded away at this idea throughout the book. But how effective are birth control methods really are at reliably preventing pregnancy and abortion? Consider the following statements, all from the pages of the NAF teaching text on abortion:

What's the take away from all this? No matter what your ideologic opinion of birth control, from a purely pragmatic standpoint, contraceptives have proved remarkably ineffective at reducing our global reliance on abortion. Notice a few things from the statements above. The practical failure rate of the birth control pill is 6-8%. Borrowing some of the data from Abort73's page on birth control, there are an estimated 21,131 sexually active girls at the University of Minnesota (according to a 2007 state survey on college sexuality). Even if all of them were on the pill (which is generally regarded as the most reliable of the non-implanted, non-permanent forms of birth control) that would still result in up to 1,690 unplanned pregnancies a year—on a single college campus. Of course, many people will claim that birth control would be more generally effective if more people had affordable access to it. But notice that only 12% of sexually-active, non-users cite access or cost as the reason for not using birth control. And further notice that only 11% of sexually-active women who don't desire pregnancy are not using birth control. What is 12% of 11%? 1.32 per cent. Where do condoms fit in all this? According to the NAF, condoms do "not provide top-tier protection from pregnancy."

On the very first page of the NAF textbook, no doubt in an attempt to normalize abortion historically, they say that "individuals in past societies vigorously sought to regulate their fertility [through] abortion and contraception." They then concede that those same societies also regulated fertility through "child abandonment and infanticide." Two things strike me about this statement. First, how does placing abortion alongside its historic bedfellows, child abandonment and infanticide, increase its moral legitimacy? The fact that abortion was perfectly normal in societies that also abandoned and executed their newborns is not a point in abortion's favor. Second, if contraception was actually effective at eliminating unwanted pregnancies, and if these societies practiced it "vigorously," then why did they have to resort to abortion, child abandonment and infanticide in the first place?!

Turning my attention now to IVF, I must be careful how I proceed. In-vitro fertilization is a delicate subject, and I don't want to give the impression that IVF is intrinsically immoral. What I do want to point out is that most IVF protocols are inextricably linked with abortion, and anyone who uses such technologies must tread with extreme caution. The NAF reports that (as of 2009), "more than 2 million babies have resulted from assisted reproductive technologies (ARTs)… [and] multifetal gestation remains a serious concern." (312) "Although fertility therapies hold important benefits for women and couples," the NAF says, "they also increase the risk of multifetal pregnancy with its attendant maternal complications." (316) The problem with IVF? Generally speaking, more children are being conceived than can realistically be born. What happens to all the extras? ART technicians, Mark I. Evans and David W. Britt, report that 75% of their patients "have combined CVS (chorionic villus sampling) and fetal reduction procedures" to solve this problem. (314) Chorionic villus sampling is a form of prenatal testing. Multifetal pregnancy reduction (MFPR) is the process of aborting the "extra" babies that were conceived through IVF. How do they selectively abort one baby without harming another? This is how it's described in the book:

For the first 10 to 15 years, the approach we used was to perform the reduction first at approximately 10.5 weeks' gestation, reducing down to twins or triplets… for patients reducing to a singleton pregnancy… we performed a CVS before reduction, usually on one fetus more than the intended desired number… Techniques to achieve fetal reduction have evolved over time. In the mid-1980's, needles were inserted through the abdomen and maneuvered into the fetal thorax for injection of potassium chloride… Some centers used transvaginal mechanical disruption (like D&E), but data suggested a significantly greater loss rate (of the other fetuses) than with the transabdominal route. Today, virtually all experienced operators perform the procedure by inserting needles through the maternal abdomen under ultrasound guidance. For first-trimester fetal reduction placement of the needle within the chest cavity suffices for success. (314)

A 1993 study placed the MFPR pregnancy loss rate at 16%, meaning that 16% of the time, the fetuses who were not targeted to be killed still ended up dying in the process. A 2001 study places the loss rate at 9.6%. In reality, of course, the loss rate is 100% for the fetuses who were intentionally aborted through MFPR. And as if that weren't enough, the NAF reports that since "reduction of twins to a singleton improves the outcome of the remaining fetus… we expect that requests for reduction from twins to singleton will increase in the years ahead." In other words, since killing one twin frees up more resources for the other twin, they have no moral objection to doing just that—not realizing perhaps that the exact same argument could be applied to born twins as well. Here's what the NAF authors do say about the moral implications of MFPR:

Although MFPR reduction has been integrated into infertility therapies, it will remain controversial because of widely divergent religious and ethical positions… Most proponents see it in terms of the principle of proportionality, [as a] therapy to achieve the most good for the least harm. (316)

For my part, I would urge couples struggling through infertility to consider adoption first. I realize that, as someone with biological children of my own, I'm not in the best position for giving advice. But in light of the dubious morality of most IVF providers and the abundance of needy orphans around the world, adoption makes for an extremely worthy alternative. 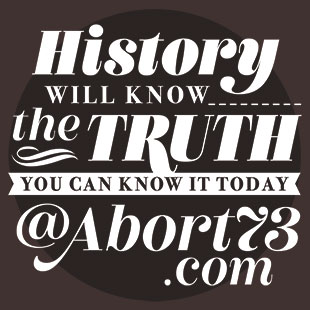