Abort73.com > The Case Against Abortion > Biblical Teaching > Abortion in the Church

Abortion in the Church

Seventy percent of U.S. abortions are performed on "Christian" women.

Abortion in the Church

Seventy percent of U.S. abortions are performed on "Christian" women.

It's a mistake to assume that because so many aborting women in America identify themselves as Protestant or Catholic, that the Bible is ambivalent towards abortion. What these numbers do tell us is that lots of self-professing Christians are not behaving very Christ-like, and lots of churches are not sufficiently educating their members about abortion.

The Alan Guttmacher Institute tells us that 43% of aborting women identify themselves as Protestant, while 27% identify themselves as Catholic. If these numbers are accurate, that leaves us with the shocking conclusion that 70% of all abortions in the U.S. are performed on women who claim the name of Jesus Christ. This is almost beyond comprehension. While it is true that the Alan Guttmacher Institute supports abortion, while it's true that it's in their interest to demonstrate high numbers of "religious" women aborting, and while it's true that surveys are easily manipulated to get the outcome you want, it is also true that abortion is happening with great frequency in the church. Some people will look at this as evidence that there is nothing "un-Christian" about abortion, but this is a very wrong conclusion to make. The Bible in no way supports abortion. What the Guttmacher numbers do tell us is that:

Many have rightly stated that it is foolish to think that abortion can be eliminated from America before abortion is eliminated from the church. They are right. What is the solution? For many in the church, the solution is simply the gospel. They need to be saved for the first time and bring their lives into submission to Christ. For those who are saved but choose abortion anyway, they need a bigger view of God, a smaller view of man, and a greater understanding of what abortion is. These men and women are choosing abortion, which compounds their guilt before the sovereign Judge, so as to conceal their guilt before other people. This is an absurdity. It is not wisdom to fear men more than God. It is not wisdom to fear those who can only kill the body instead of the One who can destroy both body and soul for all eternity (Matthew 10:28).

Continue to the next page: 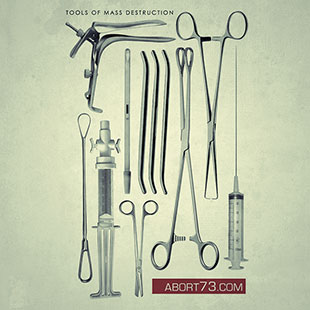