Abort73.com > The Case Against Abortion > Prenatal Development > Are Sperm and Egg Cells Alive?

Are Sperm and Egg Cells Alive?

A fundamental change occurs to the sperm and egg during fertilization. 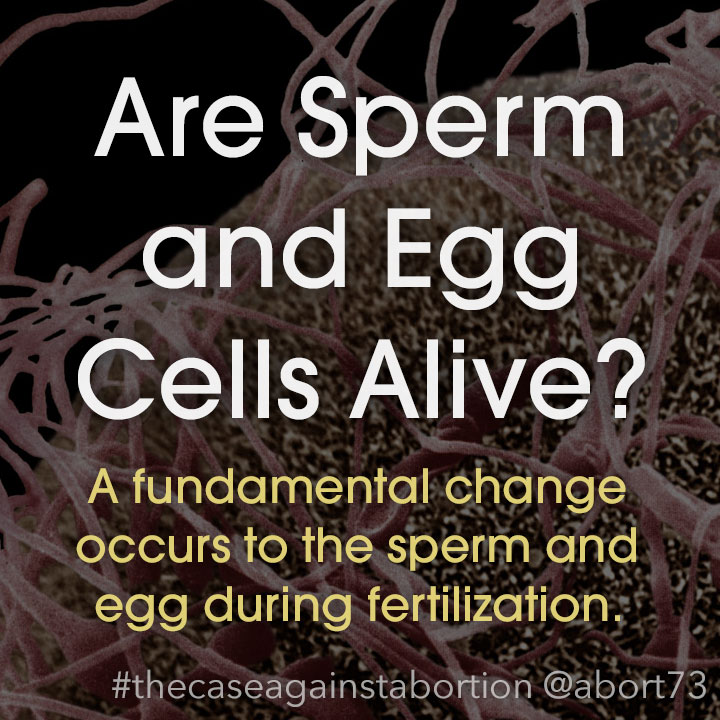 Some ethicists try to defend abortion on the assertion that sperm and egg cells are just as "alive" as an embryo or fetus. Biologically speaking, this is an absurd and unfounded claim.

In 1990, the late American astronomer, Carl Sagan, made a philosophical defense of abortion in an article he wrote with his wife for Parade magazine. One of their key arguments hinges on the belief that there is no moral difference between killing an embryo and killing a sperm or egg cell. In their own words:

Despite many claims to the contrary, life does not begin at conception: It is an unbroken chain that stretches back nearly to the origin of the Earth, 4.6 billion years ago. Nor does human life begin at conception: It is an unbroken chain dating back to the origin of our species, tens or hundreds of thousands of years ago. Every human sperm and egg is, beyond the shadow of a doubt, alive. They are not human beings, of course. However, it could be argued that neither is a fertilized egg.

In some animals, an egg develops into a healthy adult without benefit of a sperm cell. But not, so far as we know, among humans. A sperm and an unfertilized egg jointly comprise the full genetic blueprint for a human being. Under certain circumstances, after fertilization, they can develop into a baby. But most fertilized eggs are spontaneously miscarried. Development into a baby is by no means guaranteed. Neither a sperm and egg separately, nor a fertilized egg, is more than a potential baby or a potential adult. So if a sperm and egg are as human as the fertilized egg produced by their union, and if it is murder to destroy a fertilized egg—despite the fact that it's only potentially a baby—why isn't it murder to destroy a sperm or an egg?1

Sperm and egg cells in themselves are not complete. If left alone they will die after a few days, never developing into anything other than what they are. The sperm shares the genetic code of the man; the egg shares the genetic code of the woman. It is only in combination, when the 23 chromosomes from the father join the 23 chromosomes from the mother, through fertilization, that a new, biologically-distinct human beings comes into existence. This one fertilized cell, in fact, contains all the information necessary for a lifetime of human growth. Quoting C. Everett Koop again, "All that makes up the adult is present as the ovum and the sperm are united—the whole genetic code!"3

Individual sperm and egg cells are only alive in the same sense that any other human cell is "alive." Sagan knows this and plainly admits that sperm and egg cells are "not human beings." In the very next sentence, however, he makes an unfounded leap of faith, asserting that it is reasonable to argue that a fertilized egg is not a human being either. Interestingly, this is an argument he never bothers making. Instead he substitutes a biologically concrete term (human being) for a biologically fuzzy one (baby), and states that a fertilized egg is only a "potential baby or potential adult." This may be a true statement—depending on how you define "baby," but its inconsequential. The fact that a fertilized egg is a potential adult, does not thereby make it a potential human.

Later in the article, Sagan again resorts to philosophic sleight of hand when he writes:

To date, murder uniquely applies to killing human beings. Therefore, the question of when personhood (or, if we like, ensoulment) arises is key to the abortion debate. When does the fetus become human? When do distinct and characteristic human qualities emerge?4

Notice what these questions assume. They assume that the fetus doesn't "become human" until it exhibits human qualities and characteristics. In other words, Sagan has substituted something that is measurable (the specific species of a living being), with something that isn't (relative characteristics of a species). He goes on to assert that "characteristically human thought" is the only unique characteristic that humans possess and concludes that human beings who can't think like a human being, shouldn't be recognized as human beings. The manifold dangers of this conclusion nothwithstanding, this is not the point he set out to prove at the beginning—that embryos and fetuses are qualitatively the same as sperm or eggs.

Though Sagan's article does contain some accurate observations regarding the morality of abortion, his conclusions are not well-reasoned. In the broadest sense, his assertion that legal protection should be connected to "human thought" has dangerous ramifications that go well beyond the abortion debate. No matter what someone believes about the ethics of abortion, the fundamental differences between a sperm, an egg, and an embryo are biologically obvious and undisputed.

Continue to the next page: Rights of Personhood 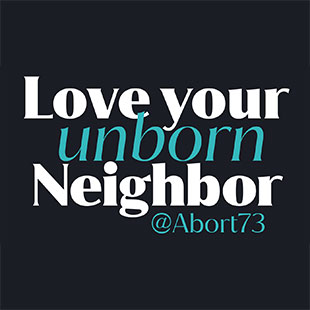