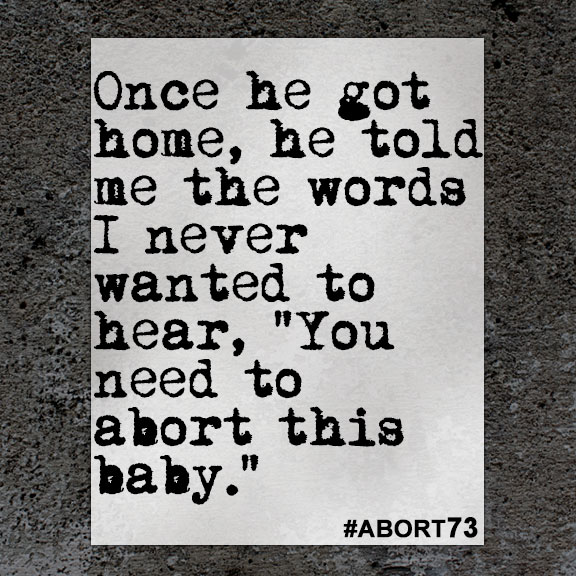 Once he got home, he told me the words I never wanted to hear, “You need to abort this baby,"...

Growing up, I always wanted a family of my own—to be a mother was all I hoped for. But I was only 22 when the pregnancy test came back positive. I was scared but excited. The guy I’d been with for over a year already had a kid. The thing that scared me the most was that his child was being raised by his mother and thought her grandma was her mother. She thought her father was her brother. I never agreed with what he was doing, especially when we had a home and land. He could have taken care of her, but I still loved him and never judged him for signing away his rights.

For a couple weeks I didn’t feel anything, and then everything I ate I threw up. So I grabbed three tests and all were positive. I texted him saying we needed to talk when he got off work, but he called me on his break to find out what was going on. When I told him over the phone, he was stunned and went minutes without saying a word. In my mind, I knew he wouldn’t want this, but I did and was hoping that if he loved me he would go through with this. Once he got home, he told me the words I never wanted to hear, “You need to abort this baby; we don’t have the money right now to take care of it.” I pleaded for the rest of the day and told him this could be another chance for him to actually raise a kid with someone he loves.

A couple days went by where we both collected our thoughts. I still stood my ground, but it was clear he wouldn’t be in my life if I made that decision. Being unemployed and struggling to keep up with bills, I wanted my child to live a life that I didn’t—to have everything he/she could ever want and need. So, I went by myself on Father’s Day of all days, while my boyfriend—who claimed to love me—spent the day at a car show with his dad. He didn’t tell a soul what I was going through or what I was doing and neither did I. I thought about walking out of the waiting room so many times for the two hours I waited. The clinic asked me if I wanted to know how far along I was. I went in not wanting to know, but when I asked it was 9 weeks. Nine weeks of my child growing and developing, and I was taking away an innocent soul.

When I left, I drove an hour by myself, and my boyfriend never called to make sure I was okay. Once home, he called to tell me he saw a help wanted sign and that I should apply. It was that moment where anger completely took over. I realized he didn’t care at all that I was hurting and just cared about how much money we made. He even asked how long until I could have sex. I made the worst decision that day. Not only did I give up my baby, but I stayed and listened to a man who will never be a father. I should have known from his previous child. Another year went by, and he eventually put his hands on me on my own birthday. He became the man he always was. Even though this experience will always haunt me—and the guilt I feel is unbearable—at least my baby won’t have to go through the pain that would be his father. Recently I’ve started telling my family about what I did, and it breaks my heart knowing they all would have helped. I didn’t need him to raise a child. We all have a past. To any woman reading this, who once made a decision you thought was right, it is not your fault for doing that. I miss my baby every day and on Father’s Day, instead of celebrating my dad, I am grieving a life that I never met. You never arrived in my arms, but you will never leave my heart. 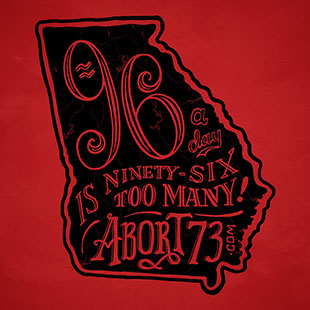