Abortion may or may not be painful for the fetus, but it is always fatal. 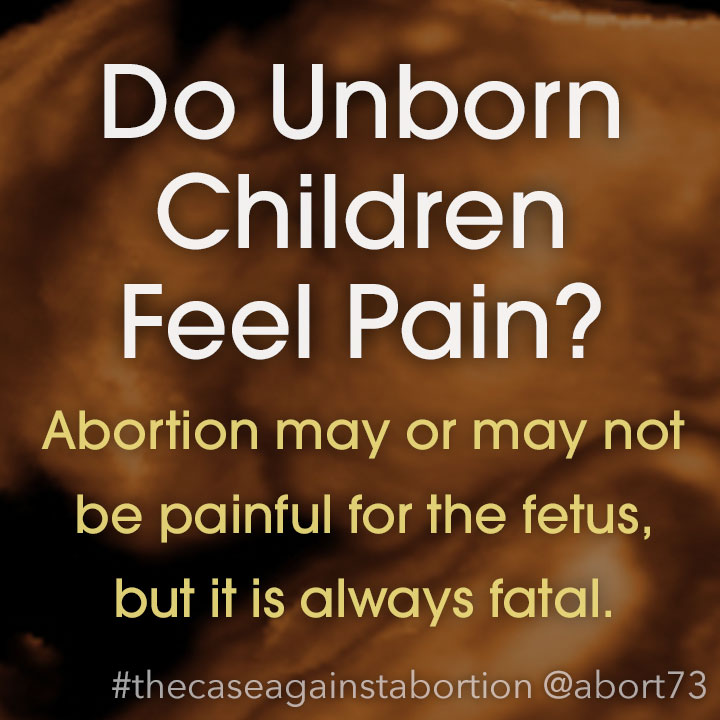 There is substantial medical evidence that extreme fetal pain is possible. And though it has no bearing on the ethics of abortion, the reluctance of abortion advocates to recognize this possibility is telling in its own right.

The fetal pain question is not central to the abortion debate. Whether or not the unborn child suffers pain during an abortion is secondary to the much bigger reality; the child is being killed. Quietly shooting someone in their sleep makes you no less guilty of murder than if you had stabbed them to death. Providing an unborn child with anesthesia so you can kill them "humanely" makes abortion no less heinous.

The real significance of the fetal pain question is in its implications about the unborn. People feel pain. Inanimate clumps of cells do not. This is what's at stake. This is why abortion advocates work so hard to oppose legislation like The Unborn Child Pain Awareness Act, which was introduced in 2005, 2010, and 2013—but has never been enacted. This is why abortion-rights attorneys call such enactments "inflammatory anti-abortion propaganda."1 What would the act have actually required? Nothing more than the disclosure that there is substantial medical evidence that after 20 weeks, preborn children can feel "severe and extreme pain" during an abortion.

Dr. Stuart Derbyshire is a psychology professor at the National University of Singapore and the Clinical Imaging Research Centre. He specializes in “functional pain.” In 2006, he declared in the British Medical Journal (BMJ) that “fetuses cannot experience pain” and argued that the entire discussion should be avoided when dialoguing with women contemplating abortion.2 In Dr. Derbyshire’s mind, any effort to mitigate the pain that a fetus might experience during an abortion was “scientifically unsound.” He even went so far as to say that babies cannot feel pain until they are 1 year old.3 Remarkably, this wound up not being his final word on the subject.

In January 2020, Dr. Derbyshire’s follow-up paper, “Reconsidering fetal pain” was published by the BMJ. Co-written with John Bockmann, the new article notes that “several papers have now been published suggesting that the necessity of the cortex for pain experience may have been overstated.”4 Continued pain experience has been observed in patients with extensively-damaged cortical regions. The paper also notes that “all clinicians or surgeons working with fetal patients (except in the context of abortion) advocate the use of fetal anaesthesia and analgesia as standard practice”—which yields unequivocally better outcomes for fetal patients. The authors could not find a single procedure where invasive fetal intervention occurred without anaesthesia, “except for abortion.” The paper concludes:

Given the evidence that the fetus might be able to experience something like pain during later abortions, it seems reasonable that the clinical team and the pregnant woman are encouraged to consider fetal analgesia… Overall, the evidence, and a balanced reading of that evidence, points towards an immediate and unreflective pain experience mediated by the developing function of the nervous system from as early as 12 weeks.5

The fact that more-developed fetuses can feel pain should come as no surprise. There isn't a pain switch that suddenly flips to "on" during the journey through the birth canal. The only question is when do fetuses feel pain? The Unborn Child Pain Awareness Act placed a fetus' ability to feel pain at 20 weeks from fertilization, which is about halfway through pregnancy. This is a fairly conservative estimate in light of the data, but that didn't stop FactCheck.org from decrying the claim in 2015. Their conclusion relied upon a 10-year-old "synthesis of (all) available evidence"—published by the American Medical Association (AMA)6—to declare that "fetal perception of pain is unlikely before the third trimester (27 to 28 weeks from conception)."7 The FactCheck piece made no mention of the fact that the AMA article in question was published by Susan J. Lee, an attorney for NARAL, and Dr. Eleanor A. Drey, the director of an abortion clinic in San Francisco.8

In the end, the question of fetal pain, like almost all abortion controversy comes down to who you believe. Even though the AMA was purportedly unaware that the authors of the above-mentioned study were in the employ of the abortion business, their editor says they would have published it anyway.9 The AMA, after all, went from being the globe's foremost opponent of abortion to blithely asserting that medical ethics no longer prohibits a physician from "performing an abortion in accordance with good medical practice."10 The AMA is no more objective with regard to abortion than the authors of the study themselves. The truth is, people on both sides of the abortion debate have an agenda. Neither can be completely objective, but who is more likely to selectively interpret the data? Those who derive tangible benefits from the ongoing availability of abortion, or those who derive no personal benefit from opposing it?

Renowned New Zealand physician Sir William Liley is "the father of modern fetology."11 He conducted the first successful intrauterine blood transfusion in 1963. He is credited with providing the "first real demonstration that the fetus is accessible to skilled diagnosis and treatment, and thus has the inalienable right to be as much regarded as a patient as anybody else."12 In 1973, Liley was knighted by Queen Elizabeth for "distinguished services to medicine."13 In an interview published in the book, The Tiniest Humans, Liley declared that the "fetus responds violently to painful stimuli" just as born children and adults do. "[T]he neonate, to judge from his responses, finds (these stimuli) painful."14 Liley further articulates:

I have been told by advocates of abortion that we have no proof that the fetus actually feels pain. Strictly, they are quite correct. Pain is a peculiarly personal and subjective experience and there is no biochemical or physiological test we can do to tell that anyone is in pain — a phenomenon which makes it very easy to bear other people's pain stoically, which is an important point for obstetricians to remember. By the same token we lack any proof that animals feel pain. However, to judge from their responses, it seems charitable to assume they do. Were this not so there would be no point in having an organization like the Society for Prevention of Cruelty to Animals, and I for one would be unhappy to think we would withhold from the human fetus a charitable consideration we were prepared to extend to animals.15

In an effort to ensure that animals were not more charitably regarded than unborn human beings, Liley co-founded the Society for the Protection of the Unborn Child in 1971. And despite his reported agnosticism, Liley's antipathy towards abortion was so strong that he was appointed to the Vatican's Pontifical Academy of the Sciences. Though Dr. Liley's own life ended at the relatively-young age of 54, his legacy lives on—and exposes the utter vacuousness of the abortion-rights position. The reason abortion advocates like Dr. Derbyshire are so reluctant to concede that abortion might be painful for its tiny victims is because it paints them into a patently absurd corner. It forces them to suggest—as Dr. Derbyshire has reluctantly done—that physicians should perhaps anesthetize the fetus before they kill it. Think about that for a moment, and ask yourself this question. If uncertainty exists, should we error on the side of compassion or cruelty?

Continue to the next page: Abortion Pictures 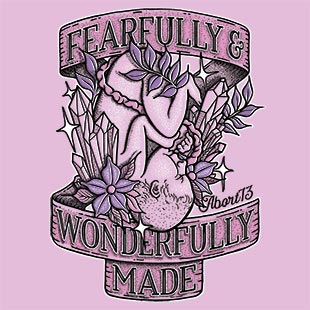