Battle of Ideas: Furedi and Wyatt on Abortion

Battle of Ideas: Furedi and Wyatt on Abortion

I came across a video last week of a 2008 London debate on abortion–from the Battle of Ideas lecture series. The debate featured Ann Furedi, the chief executive of the largest independent abortion provider in the UK, and John Wyatt, the Professor of Ethics and Perinatology at University College London. Because I found Professor Wyatt's opening remarks so extremely insightful, I want to share them in their entirety. And because I couldn't find a written transcript of the debate anywhere online, I had to transcribe them myself–which was well worth the effort! He opens:

About 1 in 3 of all women in the UK will have an abortion during their reproductive lives, and something like 1 in 4-5 of all pregnancies in the UK end in abortion. It's one of the commonest surgical and medical procedures performed… And yet our own personal experiences are rarely if ever talked about. We can talk to our friends about the death of our loved ones, we can talk about breast cancer, about our sexual experiences, about dementia in our parents, even childhood abuse, but we don't seem to want to talk about our own experiences of abortion, so it's a different kind of topic from some of the intellectual debates that we have.

Since the 1960's, the intellectual debate is usually framed in terms of reproductive rights or reproductive autonomy. My contention is that this kind of language is sterile. It's tired; we need to find a richer and more nuanced moral vocabulary in which to debate these issues.

The world of the modern, perinatal unit is a strangely schizophrenic kind of place because in many cases the fetus, the baby, is uniquely precious. The first ultrasound scans are a time of wonder and excitement. And so the professional language we use is the language of parenthood. It's the language of a baby, but if it becomes apparent that the fetus is not wanted, then the professional language changes. Now we use language like, "you are making decisions about your pregnancy. If this is what you wish, the pregnancy will be terminated." The language is vague, deliberately technical, (and) euphemistic. And what this tells us is that the value of the unborn has become a personal construct. Value is bestowed by the other. I decide whether this other being is uniquely valuable or in some way disposable.

Now you can understand this kind of personal construct in the case of an artifact, but to make the value of a human being into a personal construct is a novel, postmodern twist. We certainly don't adopt this construct after the baby is born. Do we think the value of a newborn baby rests in the value the mother imparts to the baby, or the father, or the state? No, in fact, we are signatories to the UN convention on the rights of the child which expressly states, "Every child has the inherent right to life." This is the language of universality, almost absolutism.

When we frame the discussion in terms of rights, we assume that the context of parenthood is conflict. The relationship between parents and the unborn [becomes] one of mutual hostility, a clash of interests, a balance of power, or a negotiated settlement. [But] from the moment of birth, we frame relationships between parent and child on very different terms. We use words like care, cooperation, responsibility, protection, even dare I say it, love. It's a much richer, moral vocabulary, and I would contest, a more profound, human vocabulary.

The focus on choice (and) personal reproductive autonomy masks the social circumstances of powerful, distorting societal forces under whose influence women make choices about pregnancy and childbirth. The context of the decision about abortion is not neutral. It's predetermined by society, and in particular, by the dominant power structures of our society. The dominant power structures are often male. So when a woman chooses to have an abortion because her partner said, "I'll leave you unless you get rid of the baby," when the firm says, "Promotion is only available to those who work full time," (and) when society says, "Sorry, we can't support single mothers," is it really a triumph of reproductive autonomy? By focusing on autonomy, we allow the real power structures to operate invisibly and unchallenged.

Professor Wyatt's remarks are profound in their own right, but they took on even more significance when I realized that Professor Wyatt is actually "pro-choice"–as revealed by a comment he made later in the debate. Quoting again from the debate, he says:

Before the baby is born there is nothing that can be done to the baby which doesn't in some way invade the mother's body and hence, I think quite rightly society says, "Ultimately, we must give the mother the right to the integrity of her own body, and I support that… But what I want to point out is that that doesn't mean that society is neutral about what is in the mother's body… we should be aiming, yes, to make abortion available, yes, to make it safe, but to make it rare.

It's a bit ironic that both sides of this public debate on abortion were represented by parties who support legal abortion, though I probably shouldn't be surprised. The odd pairing notwithstanding, the "opponents" in this debate still came from very different places, and I agreed with the vast majority of what Professor Wyatt said. It's strange to me that he seems hung up on the idea that because we can't access the unborn baby apart from compromising the integrity of the woman's body, we must make abortion legal. Abortion itself, as pointed out by Warren Hern, one of the most prominent abortionists in the world, invades a woman's body in completely unnatural ways. Hern goes so far as to assert that even a single abortion "compromises" her uterus forever. If our concern is to not bring outside forces to bear on a woman's body, that certainly isn't an argument in favor of abortion.

Be that as it may, Ann Furedi had some comments of her own worth noting. The first relates to the beginning of human life and is now included on the Medical Testimony page of Abort73's Case Against Abortion. She says:

We can accept that the embryo is a living thing in the fact that it has a beating heart, that it has its own genetic system within it. It’s clearly human in the sense that it’s not a gerbil, and we can recognize that it is human life… the point is not when does human life begin, but when does it really begin to matter? And I think that is something [that is] relative to the woman who is carrying it.

Her second noteworthy comment relates to birth control and can also be found on Abort73's Birth Control and Abortion:

We live in a society where we know contraception fails. In the real world, out of women who are using the pill well, about 8 in every 100 will get pregnant in the course of a year… we need abortion as a backup to contraception.

Furedi closes her remarks by saying that "We have to allow people to make wrong decisions," and asserts that abortion is a necessary backstop for any society that wants to be able to enjoy sex without consequences. Implied in the first comment is the fact that abortion is wrong, and missed in the second comment is the fact that abortion itself is a consequence of sex. Consequence-free sex is biologically impossible. All of Furedi's arguments are built on the assumption that unborn life is less valuable than born life, but she never bothers to provide a basis for that assumption. And Professor Wyatt never presses her for one.

I'll close with a comment from the audience that I also found extremely insightful. It comes from Dr. Stuart Derbyshire and gives the impression that most of those in attendance were among the "pro-choice" crowd. He says:

I think the hard question about abortion today is actually not the moral question. I think the hard question is why have we won? And I don't think it's because people support abortion the way that we would like them to. I think we're winning this argument because there's an antithesis towards people having kids. Most of my friends actually say, "Ya, it's a really good idea to have less kids on the planet." And that's not a very positive way of winning the argument. And I find myself drawn more towards John's position of celebrating human life. I actually find often in this debate, I have a lot more in common with the anti-abortionists than I do with the pro-abortionists."

Like Professor Wyatt, Dr. Derbyshire thinks abortion should be legal, but recognizes that most pro-abortion arguments are shallow and indefensible. Abortion isn't legal for the reasons he thinks it should be legal, and it's certainly not being used sparingly. Abortion is legal because society has embraced a selfish antagonism towards children and an unswerving commitment to personal autonomy. Legal abortion is propped up by a general ignorance of embryonic development and an indifference to the intrinsic value of human life–and that, Dr. Derbyshire says, is an ugly way to win the argument. Here's to hoping that since Dr. Derbyshire and Professor Wyatt both have "a lot more in common with the anti-abortionists," they'll go ahead and join our ranks entirely. They're certainly on the right track. 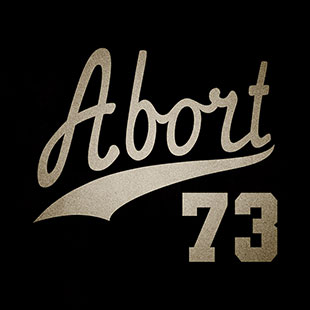