Abort73.com > Abort73 Blog > Does Poverty Lead to Abortion, or Does Abortion Lead to Poverty?

Does Poverty Lead to Abortion, or Does Abortion Lead to Poverty? 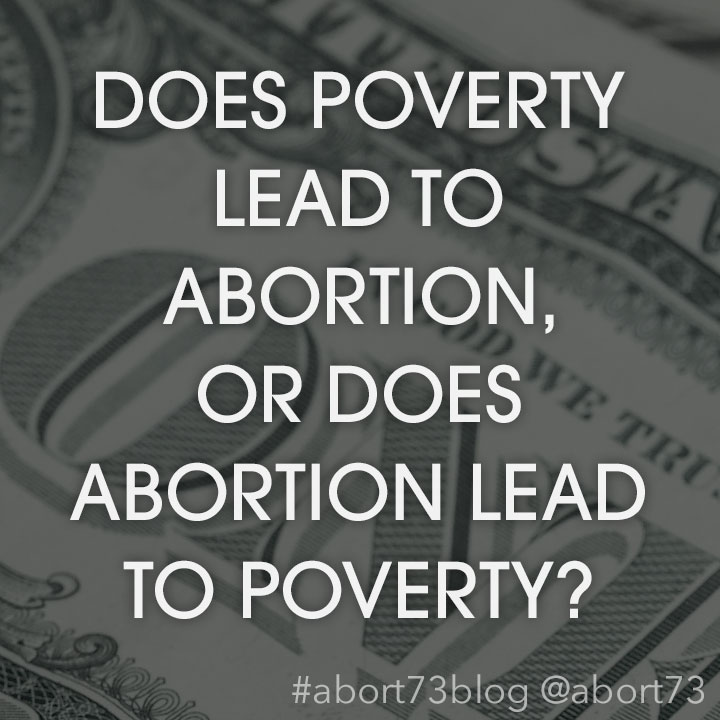 Among its apologists, abortion has long been heralded for its purported social benefits—just as birth control was before it. By preventing "unwanted" children from being birthed, abortion is supposed to reduce strain on the system and create better outcomes for those already born. To that end, California taxpayers foot the bill for more than half the state’s abortions. In 2014, that amounted to almost 90,000 abortions—all in the name of fiscal responsibility. If this rather macabre investment strategy really does produce better outcomes for the state, you wouldn’t know it. On the fiscal scale, California ranks 8th from the bottom, which is the exact inverse of where it ranks with regard to abortion. Only seven states and districts abort a higher percentage of their children than California.

I realize of course that an almost infinite number of variables influences a state's financial health. It would be naive to suggest that fiscal standing is directly attributable to abortion rates, but what if there is a symbiotic relationship between abortion and poverty? Last month the Centers for Disease Control (CDC) released their abortion surveillance report for 2014. Overall, "the total number and rate of reported abortions decreased 2%, and the ratio decreased 7%." It's that last number—abortion ratio—which is the most important because it measures total abortions against live births, allowing us to calculate the percentage of pregnancies that end in abortion each year. Among CDC reporting districts, 16.7% of pregnancies ended in abortion in 2013 (excluding miscarriages) and 15.7% ended in abortion in 2014. While that continues to move the needle in the right direction, it's important to remember that when it comes to abortion, the United States is not a monolith.

The abortion ratio actually increased in 16 states/districts in 2014, stayed the same in North Dakota, and we don’t know what happened in California, Maryland, or New Hampshire—since they continually ignore the CDC’s annual request for abortion data. Just as financial health varies widely from state to state, so too does the abortion ratio. Whereas 33% of all pregnancies are aborted in the state of New York (according to the Guttmacher Institute), “only” 12% are aborted in Texas. And though 19% of Vermont pregnancies end in abortion, that number drops to less than 2% in Wyoming—a state of close to the same population. The CDC says it this way: “throughout the years, the incidence of abortion has varied considerably across subpopulations and remains higher in some demographic groups than others."

Most pundits would say that poor financial health leads to higher abortion ratios, but what if it also works the other way round? What if abortion isn't just a result of fiscal problems but also a cause of fiscal problems? Though the CDC doesn’t track for wealth or education, their numbers reveal that in addition to state of residence, abortion ratios vary widely across two demographic lines: race and relationship-status. Among white women, 10% of pregnancies end in abortion. Among black women, it's more than 29%. Not surprisingly, these numbers closely mirror the percentage of whites and blacks who live below the poverty line—9% for whites and 22% for blacks. Among married women, 4% of pregnancies end in abortion, but among unmarried women, that number jumps to 27%. Here again, the numbers are largely reflective of the corresponding poverty rates—5% for married women and 17% for unmarried. When two or more of the demographic traits associated with higher abortion ratios overlap, the numbers become even more startling. For instance, if a single black woman gets pregnant in New York, there's at least a 49% chance1 her baby's life will end in abortion—and it's even higher if she lives in New York City. Poverty and abortion both are urban-centric.

The Centers for Disease Control comes to an unremarkable but revealing conclusion with regard to their 2014 abortion numbers. The report reads:

Despite the multiple influences on abortion, because unintended pregnancy precedes nearly all cases of abortions, efforts to reduce the incidence of abortion need to focus on helping women, men, and couples avoid pregnancies that they do not desire.

I suspect this is roughly the same conclusion they’ve come to each year for the last four decades. What makes it revealing is its inference about abortion. Doesn’t abortion itself “help” women, men, and couples avoid pregnancies that they do not desire? That’s what the pundits say. Why then does the CDC regard abortion as a failure of the system? Why do we need to “reduce the incidence of abortion” at all—if there is nothing wrong with abortion? At the risk of stating the obvious, there is something wrong with abortion. Specifically, it kills the most innocent and helpless members of the human community—and no amount of medical jargon can change that fact. Sadly, the CDC’s recommended “solution” for unintended pregnancy is tired and uninspired. The report continues:

Providing contraception for women at no cost can increase use of these methods and reduce abortion rates. Cost, as well as insufficient provider reimbursement and training, inadequate client-centered counseling or youth-friendly services, and low client awareness of available contraceptive methods are common barriers to accessing contraception. Removing these barriers can help improve contraceptive use, thereby reducing the number of unintended pregnancies and consequently the number of abortions performed in the United States.

In large measure, abortion is a self-fulfilling prophecy. Whereas birth is a declaration of faith and hope, abortion is a declaration of cynicism and fear. “Experts” will tell us that poverty makes abortion necessary, but what if abortion returns the favor by perpetuating more poverty? “Quality of life” is a fuzzy distinction, but it's nearly impossible to argue that the health and emotional well-being of the average American child has improved in the 40+ years since abortion was legalized. Of the ten states that actually rate highest for overall quality of life, seven have abortion ratios below the norm. More significantly, of the ten states rated highest for government health and integrity, eight have abortion ratios below the norm—and nine have enacted state-level restrictions on abortion. On the other side of the ledger, only one of the 17 states that publicly funds abortion (Washington) is rated among the top ten for government health and integrity. That's worth remembering the next time you hear Cecile Richards question the integrity of lawmakers who don't roll out the red carpet for abortion. Abortion is fatal to innocent unborn children, but it's scarcely less dangerous to the health and well-being of the society it purports to improve. 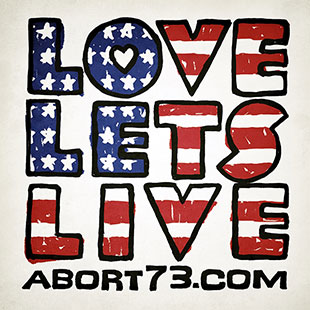