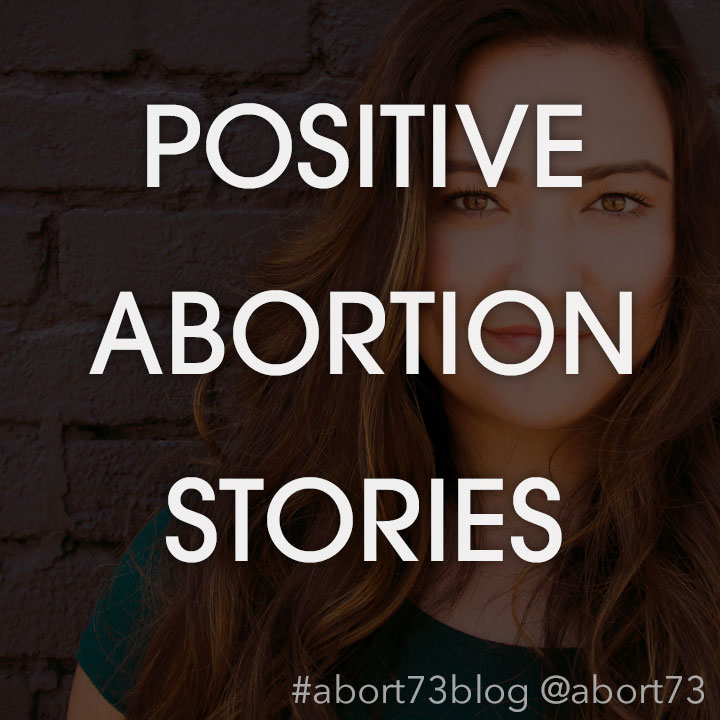 Over the last two years, Abort73 has received 37 testimonies from women who purportedly do not regret their abortion. I say “purportedly” for two reasons. First, because we all have a tendency to double down on our questionable choices. It’s human nature; we don’t like admitting we were wrong. That’s why, in all realms of life, I consider expressions of regret to be more inherently credible than expressions of vindication. They go against the grain. The second reason I say “purportedly” is because many of the women who insist they have no regrets make statements which call such claims into question. It’s as if they’re trying to talk themselves into an assurance they don’t actually feel.

The “positive” abortion stories that were received in 2016 and 2017 represent 13% of the whole. I don’t claim that percentage to be nationally representative. I point it out merely to demonstrate that the vast majority of the abortion testimonies we receive are stories of regret. Though I don’t generally post the “positive” abortion stories to the Abort73 website, neither do I ignore or discard them. I’m not interested in providing a platform for the celebration of abortion, but I am interested in the insights these stories provide. They represent a variety of ages, locations, and backgrounds, but each story shares one common denominator. Each one comes from a woman who lacked the resources or resolve to care for a baby, and yet chose to engage in behavior that naturally leads to pregnancy. That in itself is worth considering. The excerpt below, from a 24-year-old Kentucky woman, is indicative of the internal conflict that is apparent in so many of the stories received:

I didn't want to abort my baby, but I knew I had to... It has been a couple of days since the procedure... I've been emotionally distraught and unattached to life. Overall, I'm sad. I would love to be a mom but with the right man and in a situation where I know my child will live a happy life. Because of that reasoning, I feel I made the right choice even though it is emotionally and physically painful.

This one comes from a 24-year-old woman in Georgia:

When I first found out I was pregnant, I was devastated. I did not want my family or friends to know... I scheduled my abortion appointment seconds after learning that I was pregnant. The days leading up to my abortion were long and agonizing. I just wanted it all to be over with... After my abortion, for the days following, I was strangely emotional. I cried once or twice and I recall thoughts of suicide creeping into my mind.

Of the 37 stories in question, only two are entirely devoid of pain, conflict, or excessive rationalization. One of those two, from a 37-year-old Arkansas woman, declares that “you cannot regret something you don't really recall.” The other comes from a 33-year-old Los Angeles woman who had an abortion while going through a divorce. She and her ex-husband co-parent their two older children, but she never told him about the abortion—which some might consider a sign of guilt or shame. Among the other 35 stories, three women indicate that they prayed to God for forgiveness, four say they would never have an abortion again, and eight blame their abortion on failed birth control. One woman said she “wouldn't wish a surgical or medical abortion on [her] worst enemy,” and many spoke of horrific debilitating pain, as evidenced by the excerpts below:

Toward the end of the procedure, it became EXCRUCIATINGLY painful. I have multiple huge tattoos, but I had NEVER felt pain like that before... it was burning and agonizing. (24-year-old woman from Atlanta)

I had no idea it would be this bad. I was writhing in pain, I couldn't stay still. I was shivering with cold. It went on for 1.5 hours. Then the bleeding began. I took another painkiller... But, I was unable to take the pain. (22-year-old woman from India)

It was the most intense pain I have ever felt in my life. Never in my wildest dreams did I think I would ever have to feel this amount of pain... It [was] pure torture. I kept saying "I can't handle this; I can't handle this," as my cervix became more and more dilated. The pain was unbelievable... my brain just kept saying, "Get out of there! Stop what you are doing!!" It was roughly 10 minutes of pain equal to all my bones breaking. (23-year-old woman from Pennsylvania)

I got the abortion done at a Planned Parenthood when I was about 8 weeks. I took 800mg of ibuprofen and two Vicodin pills that I was offered. The stretching of the cervix was excruciating and actually made me vomit. (21-year-old woman)

About twenty minutes in I noticed light cramps and knew I was in for some hard pain. I took another codeine even though I hadn't completely dissolved the chalky abortion pills sitting in my mouth. From here, the pain intensified a thousand fold. I would feel waves of it rushing through my belly, tightening and throbbing similar to period pain, but with an added dose of raw, relentless PAIN. ( 19-year-old woman from Australia)

Another woman, a 67-year-old from Canada, wrote that in the years following her abortion, “there was this deep pain in [her] chest.” She said that “it was always there,” and that it felt “as though someone had plunged a knife in [her] heart and [she] longed for someone to just pull it out!” And yet, just like all the women quoted above, she also maintains that her abortion was necessary and warranted. Listed below are the assorted reasons these women gave as to why abortion was deemed worth the physical and emotional pain:

The fact that virtually all of these aborting mothers try to explain why their particular abortion was necessary—and excusable—is indication that at some level, they recognize their moral culpability and are trying to escape it. No one, after all, feels constrained to justify the removal of tonsils, teeth, or tumors. The violent and fatal removal of a developing human child is something altogether different. And the moment you appeal to special considerations like the lack of physical, financial, or relational health, as a justification for abortion, is the moment you concede that there is no justification for abortion. That’s the irony of these stories. In trying to demonstrate why their particular abortion was perfectly reasonable, they actually do the opposite.

If the specific context of each individual pregnancy determines whether or not the unborn child has moral standing, then the whole “pro-choice” position collapses. Why? Because that would imply that healthy, wealthy, and wanted children have more of a right to life than those who aren’t. Do you see why such a position is untenable? You can’t justify abortion by arguing that certain unborn children will be an undue burden. You can only justify abortion by arguing that all unborn children lack moral standing. This, however, is not what’s happening in these abortion stories. Consider this one from a 29-year-old Australian woman:

At age 19 I became pregnant, despite being on the pill. My boyfriend and I still lived with our respective families. I was studying and not yet employed. He was in the second-to-last year of his apprenticeship. We were not yet ready to start a family, so we had an abortion... The following year we married and bought a house and started a family. Our kids are all school-age now and while we aren't rich, we live comfortably on one full-time and one part-time income. We are glad we postponed starting a family, especially because some conservative family members give you an earful if you *gasp* have a baby before marriage. Life is good.

Notice that she lists eight reasons for why her abortion was necessary. She was 1) too young, 2) the pill failed, 3) she was still living at home, 4) still in school, 5) without a job, 6) her boyfriend was only an apprentice, 7) they weren’t ready for a family, and 8) were unwilling to jeopardize the good opinion of “conservative family members.” The implication here is that if she were older, and not using birth control, and not living at home, and not still in school, and not unemployed, and if her boyfriend wasn’t still an apprentice, and if they didn’t have judgmental family members, then abortion would not have been necessary. But that of course doesn’t jive with the central “pro-choice” tenet—that every woman has a right to abortion, for any reason at all. The only philosophically consistent reason for abortion is this one: I don’t want a baby. Anything beyond that is indication that you don’t actually believe the abortion rhetoric you’ve been clinging to.

Just one year later, this woman from Australia allowed her second child to be born. She says she is thankful they “postponed starting a family,” but this isn’t quite true. They didn’t postpone starting a family. The family had already started; they simply paid someone to kill their still-tiny, still-developing first child. By her own admission, they’re not rich even now, but they’re making it. Would it really have been that different if they’d simply started the process one year before? Or are we to believe that their first child was of less intrinsic value than their second? “Life is good,” she tells us, except for that first child, whose life was taken away. In the end, there is simply no denying the fact that abortion kills a living, genetically-distinct human being—and this is true whether the aborting mother regrets her abortion or not. It makes no difference, because no amount of relief or gratitude is sufficient to justify the violence of abortion. 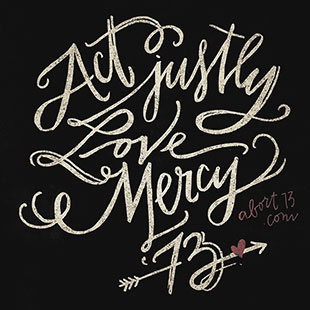