What's a pro-abortion president to do when global sentiment compels him to aid an anti-abortion activist? Such is the plight of President Obama in regard to Chen Guangcheng. Abortion, of course, is only the back-story to this growing, diplomatic crisis, but it's at the heart of Chen Guangcheng's activism. There would be no crisis if he'd simply minded his own business. Instead, the now globally-recognized, "barefoot lawyer" formally challenged the town of Linyi's forced abortion policy. His courage and conviction netted him six years of imprisonment and abuse–until he escaped from his captors last week and fled to the US Embassy in Beijing. His getaway has been called "a real Chinese version of The Shawshank Redemption"–though it remains to be seen whether Chen will enjoy a Hollywood ending. Yesterday, the US Embassy released him back to Chinese authorities, assuring the world that a favorable agreement had been reached. Subsequent reports make their assertion less certain.

Returning to the issue of abortion, I find it ironic that so many of the news stories I reviewed this week refer to Chen as a women's rights advocate. Strictly speaking, the moniker fits, but it's a bit misleading. On the American political scene, women's rights has become a euphemism for abortion rights, and many of the stories didn't even bother pointing out that Chen is working to protect women from abortion. Nor does his profile on Human Rights Watch make any mention of abortion, instead declaring him to be an opponent of "family planning abuses." Not surprisingly, Human Rights Watch is a global proponent of abortion–putting them in the awkward position of championing the cause of an abortion opponent. This, in fact, is the same tension facing President Obama and Secretary of State Clinton, who are both passionately committed to protecting abortion rights. But this is not the most significant tension they face as the U.S. tries to steer China towards the more humane treatment of their people.

The obvious problem is one of economics. Because China owns more than a quarter of our national debt, the U.S. is losing leverage and influence at an alarming rate. This is the same problem TIME magazine noted back in 2006, after Chen was first imprisoned on trumped-up charges:

In previous years, a plea from the U.S. State Department could help get a Chinese political prisoner released, typically as a goodwill gesture before important international summits. But in recent months, foreign pressure appears to have done little… After all, what leverage does the international community now hold? China is the world's factory. It holds bountiful foreign-currency reserves… The balance has shifted from China feeling like it needs the world to the world needing China.

Because America is in China's pocket, so to speak, it has become increasingly difficult for the United States to make any kind of credible threat against China's continued human rights abuses. As reported this week by the Los Angeles Times, though President Obama claims to "emphasize the issue of human rights at every meeting with China," this kind of "familiar diplomatic language [is] unlikely to limit the administration's maneuvering room." In other words, President Obama knows what he can and can't say. If he has a reputation for "being too soft on China," it's because his hands are tied. He doesn't want to step on the toes of America's primary creditor. But I would suggest that there is something more than mere economics at play, and I say that because of America's complicity in the monumental human rights atrocity that is abortion.

I have already called President Obama a pro-abortion president. Many will take issue with that label and remind me that he is a pro-choice president. Likewise, I have called Chen Guangcheng an anti-abortion activist. Here again, many will argue that it's more accurate to call him a pro-choice activist, since his lawsuit only applies to forced abortion. To the first complaint, I would submit that the difference between pro-abortion and pro-choice is a distinction without meaning. A president who is pro-choice on abortion is the moral equivalent of a president who is pro-choice on slavery. When someone today calls themselves "pro-choice," abortion is the only choice they have in view. If you doubt this, consider the outrage that's arisen in recent months over whether or not employers, religious or otherwise, should have the choice to not pay for their employees' birth control. Most of those who are firmly pro-choice when it comes to abortion are decidedly anti-choice when it comes to giving employers the right to choose whether or not to fund contraceptives.

To the second complaint, I must concede that I don't know Chen's position on non-forced abortion. But I'm optimistic. I have now read dozens of stories on Chen Guancheng, and not a single one has inferred that he supports elective abortion. Because so much of the mainstream media bends over backwards to support elective abortions, if Chen supported them too, I'm fairly certain that news would be shouted from the proverbial rooftops. The second reason I'm hopeful is because Chen is blind. He overcame incredible odds in a country where people with disabilities aren't even allowed to attend college to become a self-taught lawyer. Surely, he knows what elective abortion does to unborn children diagnosed with disabilities. It kills them. Finally, I'm hopeful because of Chen's close relationship with Pastor Bob Fu, who fled China with his wife to spare their first child from abortion. Fu wrote in op-ed piece for the Washington Post this week that, "This is a pivotal moment for U.S. human rights diplomacy. The United States must stand firmly with this broadly popular individual or risk losing credibility as a defender of freedom and the rule of law."

It is precisely this, the United States credibility as a defender of freedom and the rule of law, that has been so compromised by our headlong embrace of abortion. Something that stood out to me in both of the medical textbooks I just read on abortion is this. All of the early innovations in abortion technique came out of Russia and China. The first aspiration abortion was performed in Russia in 1927. Thirty years later, the technique was "perfected" in China, where abortion was legalized in 1957. Warren Hern reports in Abortion Practice that "important innovations in abortion technology began to flow from China and Eastern Europe several years before legal changes occurred in the the United States." (277) If you follow abortion's trajectory, it's not hard to see that America is simply following China's lead, where more than 13 million abortions occur each year. This of course raises an important question. In light of China's horrific record on human rights, what should we conclude about the ethics of abortion? Is China really the country we want to follow when it comes to how we treat the most vulnerable human beings?

We may criticize China today for forcing women to have abortion, but don't lose sight of the fact that they're simply further along the abortion timeline than we are. When China legalized abortion in 1957, Americans in the know decried their barbarity. Twenty-six years later, we legalized it ourselves. When China introduced their one-child policy in 1978, the international community was outraged. Thirty-three years later, Vice President Biden told a Chinese audience that he fully understands and does not second guess their one-child doctrine. Is this too where America is headed? Is this where all the claims that population growth is unsustainable will ultimately lead us?

I want to close with an excerpt from the most compelling of the stories I read about the lawsuit that first put Chen Guangcheng on the global map. This comes from TIME magazine and describes what forced abortion looks like in practice:

The men with the poison-filled syringe arrived two days before Li Juan's due date. They pinned her down on a bed in a local clinic, she says, and drove the needle into her abdomen until it entered the 9-month-old fetus. "At first, I could feel my child kicking a lot," says the 23-year-old. "Then, after a while, I couldn't feel her moving anymore." Ten hours later, Li delivered the girl she had intended to name Shuang (Bright). The baby was dead. To be absolutely sure, says Li, the officials--from the Linyi region, where she lives, in China's eastern Shandong province--dunked the infant's body for several minutes in a bucket of water beside the bed. All she could think about on that day last spring, recalls Li, was how she would hire a gang of thugs to take revenge on the people who killed her baby because the birth, they said, would have violated China's family-planning scheme.

We must not lose sight of the fact that the end result of forced abortion, and the end result of elective abortion are exactly the same for the child in the womb. We read the account above and cringe at such cruelty. But is the practice any less cruel when it happens in accordance with the mother's will? It is not. Instead of taking the moral high ground, the United States has followed Chinese utilitarianism down a dark and terrible path–one that is willing to trample upon individual human lives for the good of the regime. We may not be as far down the path, but it's the same trail nonetheless. The question is, what are we willing to do to get off it? Chen Guangcheng was willing to invoke the ire of his government and to endure imprisonment and abuse. He fell as many as 200 times during his escape through the countryside before arriving at his destination muddy and bloody. “He was a very wounded man, except in spirit," says Bob Fu. And though his wife continues to share in Chen's danger, she remains unwavering in her conviction that "the outside world must know what is going on… so it can help change things for the better."

May we follow her courageous lead as she herself follows a blind man with incredible vision. 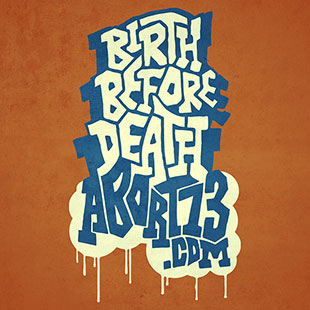