The Remarkable Safety of Illegal Abortion 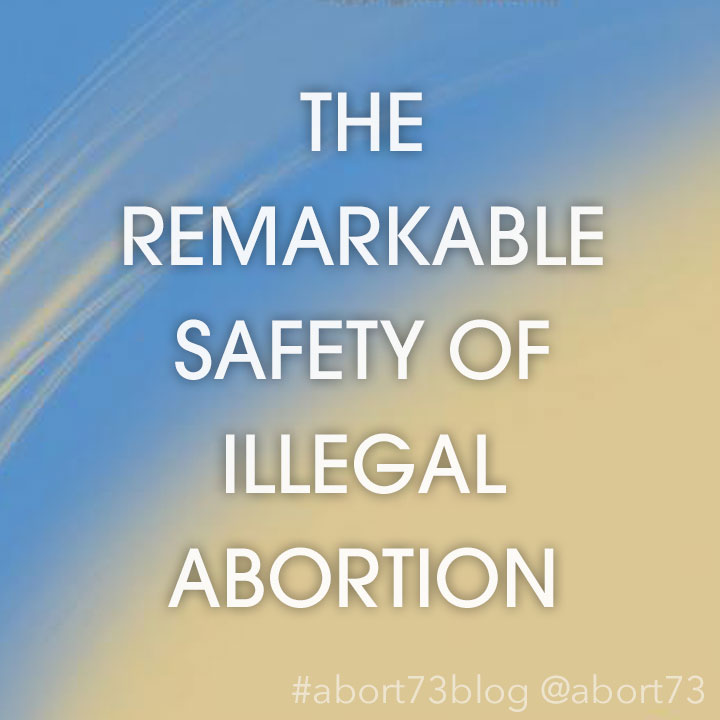 I spent significant portions of the last few weeks pouring through the National Abortion Federation's most recent medical textbook on abortion. Published in 2009, it's titled: Management of Unintended and Abnormal Pregnancy. The subtitle is a bit more straightforward: Comprehensive Abortion Care. For the National Abortion Federation (NAF), abortion is the de facto management solution for unintended or abnormal pregnancy, and this book teaches physicians how to perform them. By the time I finished reading the almost 400 pages of text, I found myself staring down at 23 pages of notes. Needless to say, it was an informative read—both for what it said and didn't say.

Following the lead of Warren Hern's much earlier volume, Management of Unintended and Abnormal Pregnancy does not address the morality of abortion. In other words, it never troubles itself with an attempt to explain why it is ethically sound for a physician to intentionally end the life of a living human being. And though the book deals at some length with "abnormal" pregnancies, it readily affirms the fact that at all stages of pregnancy, "most women seeking abortion are young and healthy." (159) Only 12% of women in the United States list a physical problem with their health among their reasons for having an abortion. (78) The closest this book comes to a moral argument is found in the second foreword, when Malcolm Potts writes:

Bernard Haring, who has been called "the foremost Catholic moral theologian of the 20th century," wrote "The moment of ensoulment . . . does not belong to the data of revelation." If, "the moment of ensoulment" is indeed a matter of faith, then religious freedom must encompass different interpretations of abortion. In short, in any society that separates church and state, the status of the embryo-fetus is a matter of personal, usually religious assertion; and like other religious assertions, it must remain a matter for tolerance. Logically, any pluralistic society built on religious tolerance must permit safe abortion. xiv

Later in the book, the authors declare that though "some abortion care providers may find it difficult to accept sex selection as a valid reason for an abortion… [the patient] may believe that aborting a female fetus is a rational act for the future good of the family." (60) Physicians are advised to yield to the moral compass of their patients, so as to "provide care in a nonjudgmental way." (325) None of these are moral arguments. Rather, these are arguments to be amoral physicians, and none of them bear up under scrutiny. The argument put forward by Malcolm Potts is ridiculous on its face. Does anyone suggest tolerance for religions that practice child sacrifice or even animal sacrifice? How about for religions that practice cannibalism, slavery or bigamy? Do these practices get a free pass as well? Biology tells us unequivocally that abortion kills a living, genetically-distinct human being. This is not a religious assertion. It is a matter of plain empirical evidence. Therefore, it is folly to argue that abortion must be protected for the sake of religious freedom. We do not demand health care providers to be nonjudgmental if they encounter child abuse or rape. On the contrary, we expect them to intervene on behalf of the victim. Why should it be any different in the context of abortion?

In lieu of a moral defense of abortion, the NAF textbook relentlessly asserts that abortion is simply unavoidable. Consider the following remarks:

Why do they go to such great lengths to make such a statistically dubious assertion? Because it's a lot easier than trying to defend the practice of abortion in its own right. By asserting, over and over and over, that women will have abortions whether they're legal or not, the NAF is trying to sidestep the ethics of abortion. In an attempt to make the morality of abortion superfluous, they've landed on the following hypothesis:

a) Women will abort whether it's legal or not.
b) Illegal abortions are unsafe.
c) Abortion must be legal.

Framing the issue this way essentially concedes the immorality of abortion, but argues that it must remain legal—lest women be killed en masse from illegal abortions. There are two glaring problems with this hypothesis, and both are demonstrable from the pages of the NAF textbook itself. We'll start with page 32, where it says: "Studies have found that public funding of abortion makes services accessible to women who would otherwise carry unintended pregnancies to term." In advocating that more public money be spent to pay for abortions, the NAF admits that a woman's decision to abort is influenceable. After spending the first two chapters hammering away at the notion that not even the law can prevent a woman from having an abortion, they admit that a mere lack of funds is enough to keep many women from aborting. In chapter four, the authors lament the preventative impact parental notification laws are having in some states even as they note that "in states where no legal challenge is possible, abortion providers and advocates have devised systems to help minors obtain bypasses as efficiently as possible." (41) Here again, if legal restrictions have no bearing on a woman's willingness to abort, why does the NAF have to devise such elaborate networks of attorneys and judges to circumvent parental notification laws? Finally, the NAF textbook criticizes Mississippi's recent "two-trip" legislation for reducing the state abortion rate by 15% in 12 months. By simply requiring patients to visit the abortion clinic twice instead of once, Mississippi reduced the overall number of abortions. If it were really true that nothing can dissuade pregnant women from aborting, these results would have been impossible to achieve.

The second problem with the NAF hypothesis relates to premise b, and this is where I want to place most of our focus. Even if we concede the first assertion–that the law has no bearing on a woman's willingness to abort, the second assertion is just as untenable. Here's why. Though the legalization of abortion is often credited with reducing abortion's morbidity and mortality rate, it was technological changes that played a far more significant role. To demonstrate, consider the bullet points below, all taken directly from the pages of the NAF text:

The NAF's interest in demonstrating the technical simplicity and overwhelming safety of first-timester abortion owes to its desire to see abortion further deregulated. But such claims counteract the overarching assertion that for abortion to be safe, it must be legal. And lest you feel I'm reading too much into their statements on abortion safety, consider the following remarks which relate directly to the context of illegal, low-resource abortions:

In other words, it is not legality that made abortion relatively more safe for the mother, it is the advent of suction aspiration, the use of drugs like mifepristone and misoprostol, and improved methods of dilation. And guess what that means? It means it is dishonest to assert that though abortion is morally objectionable, it must remain legal for the sake of (born) women's health. And lest you argue that in the absence of legal protection, the resources necessary for a "safe" abortion would be unavailable, consider these final remarks:

The resources and equipment used for elective abortion are the same that are used around the globe in the aftermath of spontaneous abortion care (miscarriage). This means that any physician willing to circumvent an anti-abortion law, would already have the equipment necessary to do so. And as the NAF points out in their remarks on securing safe abortions in a legally-restrictive context, medical abortions can be carried out almost entirely by the woman herself. I point all this out not because I wouldn't grieve just as much over illegal abortion as I do over legal abortion, but because I'm tired of the safe/legal hypothesis being used as a moral trump card. If you support abortion rights, have the integrity to do so without making appeal to the supposed apocalyptic threat illegal abortion would pose to women's health. You can't have it both ways. If abortion is as safe and easy as the NAF wants us to believe, then it's time to give up the pretense that, right or wrong, legal abortion is a pragmatic necessity. Until we do, we'll never be able to examine abortion in an honest, objective light. 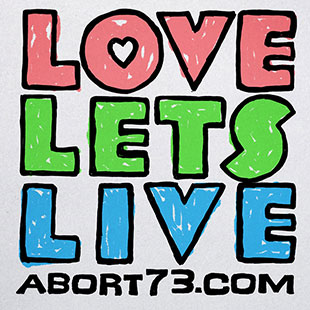