The 779 unsolicited abortion stories on these pages have come to Abort73 through our online submission form. Though not all women regret their abortions, these stories demonstrate that countless women do.

"I was 14 years old when I found out I was pregnant. I was a freshman in a Catholic High School where my boyfriend was a junior. We never even discussed the possibility of having the baby. He just got together the money and took me to the clinic. It was a terrible, traumatic experience. I was so young and scared and cried the whole time. It was very painful, emotionally and physically, during…"

"It was April 1996. I found out I was pregnant with a man I loved. He was only 19. When we found out I was pregnant, he was all for it—then things changed. He decided he was too young and wanted me to abort my baby. Without thinking of the consequences and the guilt I would feel, I agreed. We did it in a hospital so no one knew why I was there. After the procedure I had so much regret. I cried…"

"My name is Danielle, and I am the mother of 10 children; 2 are in college, one I miscarried and the other seven all had their lives ripped from them through abortion. Growing up, I had a very painful, abusive home. I longed for positive attention from men. My dad, broken emotionally, often told me that "because I was a whore, I would be pregnant by the time I was 14.” Oh, the power of words.…"

"At the end of August 2012, I found out I was pregnant. I was already a single mom of three kids, but I was elated. When I told the man I was dating, he was not happy at all. He said a lot, but the one thing that's burned into my mind was, 'I don't have the money to take care of it.' I was flabbergasted. He then told me that if I didn't have an abortion, he would never be around for me or my kids.…"

"When I was 24, I was in the party lifestyle and hooked up with a meth addict, and I got pregnant. The guy was untrustworthy and a heavy drug user, and my reasoning was that it would be 'hell' to have a kid with him as the father, so I had the abortion. I regretted it immediately. I knew that it was morally wrong, that I had killed God's creation. I was already into drugs, but I went from marijuana…"

"I was 18 years old and recently graduated from high school, starting my freshman year of college on scholarship. I had waited to have sex because I never wanted to be a pregnant teen. My boyfriend and I had only been together 3 months when we decided to have sex... When I told my boyfriend (I was pregnant), I told him I wanted to keep it... In the weeks that followed he was very abusive and insisted…" 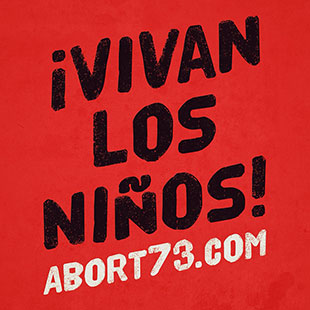