An examination of state-level efforts to limit or promote abortion. 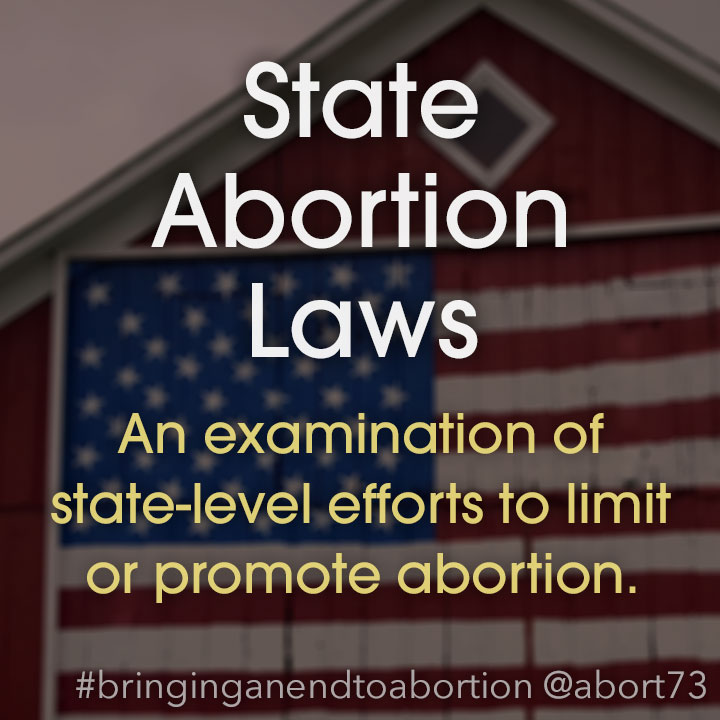 Though individual states have retained some narrow, legal outlets for regulating abortion, Roe vs. Wade forbids them from outlawing abortion during the first trimester and binds them to an extremely broad "health" exception during the second and third trimester.

Ever since the passage of Roe v. Wade, abortion has been a federally-protected practice. Should Roe be overturned in the future, abortion would not thereby be outlawed—unless the Constitution was concurrently amended to explicitly recognize unborn human beings as persons under the law. Barring such an amendment, jurisdiction over abortion would be returned to the states. Prior to Roe, most abortions were illegal in most states. In the late 1960’s, California and Colorado became the first states to legalize abortion in selective circumstances—such as rape, incest, or severe handicap. In 1970, New York, Alaska, Washington, and Hawaii became the only states to offer an "unrestricted" abortion policy similar to the one established by the Supreme Court. When Roe was decided in 1973, all state abortion prohibitions were thereby invalidated. Though Roe forbids states from outlawing abortion during the first and second trimester, the Planned Parenthood v. Casey decision did provide them with some narrow legal outlets for regulating abortion.

Parental notification and parental consent laws exist in many states as a means of regulating abortion among minors. Notification laws require that a parent is notified before their minor daughter can receive an abortion; consent laws require parental permission before an abortion can take place. The Guttmacher Institute—which began as the research arm of Planned Parenthood—reports that as of 2019, 26 states require parental consent; eleven more require parental notification.1 The remaining 13 states either don’t enforce their parental involvement laws (Alaska, California, Montana, Nevada, New Jersey & New Mexico), don’t have parental involvement laws (Hawaii, New York, Oregon, Vermont & Washington), or have explicitly given minors the right to consent to their own abortions (Connecticut, DC & Maine).2 Nationally, less than 5% of all abortions are performed on minors.3

Before an abortion can be legally performed, formal consent must be given—either by the woman herself or by her parent. Twenty-seven states mandate that once consent is given, a specific-waiting period must elapse before the abortion can take place5—somewhere between 18 and 72 hours. The most common waiting period is 24 hours. Fourteen of these states require that consent be given in person (Arizona, Arkansas, Indiana, Kentucky, Louisiana, Mississippi, Missouri, Ohio, South Dakota, Tennessee, Texas, Utah, Virginia, and Wisconsin)6—necessitating two trips to the abortion clinic. All 14 of these states have abortion percentages below the national average.

Thirty-six states and districts do not use public funds to pay for abortions—except where federally mandated to do so.7 This would be when the mother’s life is in danger or the pregnancy resulted from rape. Twelve states do not allow private insurance plans to cover abortion, unless the mother’s life is in danger. Eleven states do not allow family planning funds to be paid out to abortion providers.8

Six states have enacted “trigger laws” which would automatically ban abortion within the state should Roe v. Wade be reversed (Arkansas, Kentucky, Louisiana, Mississippi, North Dakota & South Dakota).9 Nine more states have similar legislation in process (Alabama, Georgia, Indiana, Missouri, Oklahoma, South Carolina, Tennessee, Texas & Washington).10 Seven others still have old abortion bans on the books which would theoretically go into effect at Roe’s reversal (Arizona, Massachusetts, Michigan, New Mexico, Rhode Island, West Virginia & Wisconsin).11 Three states have gone the other way (New York, Vermont, and Illinois)—passing laws which would keep abortion legal even in the absence of Roe.12 Finally, seven states passed early abortion bans in 2019 (Alabama, Georgia, Kentucky, Louisiana, Mississippi, Missouri & Ohio).13 Because these bans are in defiance of federal mandate, they are essentially unenforceable—but they could wind up forcing the Supreme Court to again revisit Roe v. Wade. Most of the 2019 abortion bans prohibit abortion after 6-weeks gestation. Alabama is the only state to ban abortion at all stages of pregnancy. 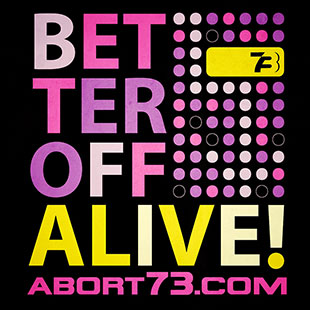