The 794 unsolicited abortion stories on these pages have come to Abort73 through our online submission form. Though not all women regret their abortions, these stories demonstrate that countless women do.

"My wife and I had been married for 9 years. I am in the military and for the first five years of our marriage I had been training or deployed for more than half of those years. So, naturally, our marriage went through a rough patch. I had no idea how unstable our marriage was—at least, not until my wife sat me down in the 9th year of our marriage to tell me she had aborted our child early in…"

"On August 7, 2014, I made the decision to end my 5-week pregnancy. I found out I was pregnant while I was working two jobs and barely able to support myself. I was past due on every bill I had and couldn't even begin to imagine how I would support the life of another when I could barely support my own. I didn’t want a relationship with the father and knew that he would be angry if he found…"

"I can still hear the nightmarish slurping echo from the suction aspirator machine in my dreams. I vividly recollect the day, twenty-three years ago, that I heard that dreadful appliance’s deafening hum. I awake with a powerful jolt, quivering, and in a cold sweat. Through my progressive promiscuity, I became pregnant at seventeen years old. I was naïve, frightened, distraught, and…"

"My husband and I always knew we wanted children. We had been married for over a year when we decided the time was right to start a family. We were overjoyed when we found out I was pregnant. We cried and hugged and eagerly made the phone calls to family and friends. I began thinking of names and nursery themes. I looked forward to every doctor appointment, anxious to see another ultrasound and…"

"I never thought that abortion would affect me. I have always been Pro-Life. I am a father of 4 wonderful children from my first marriage. That marriage ended, and I married a friend of mine. She became pregnant. I was so happy; I can still remember the exact spot I was at when she told me over the phone. I wanted to be a dad again. We were poor and money was tight. But I was still excited to…"

"When my girlfriend became pregnant (who is not my wife now) shortly after Roe v. Wade, I was such a coward that I actually talked the girl's dad into paying for the abortion. What a low-life I was! Even though I was so selfish as to want to kill my own child, and tried to tell myself it was no big deal, when I think back, I remember that, in my heart, I knew it was wrong. As is the case many…" 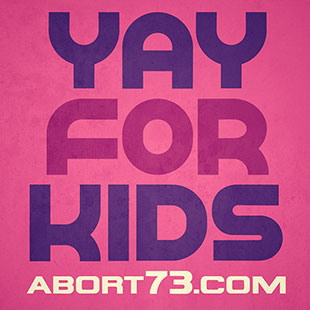